WASHINGTON (AP) — The Education Department has canceled its recognition of an accrediting agency that oversees mostly for-profit colleges, placing in jeopardy the survival of schools that serve about 5,000 students.

The decision bars colleges certified by the Accrediting Council for Independent Colleges and Schools from participating in federal student aid programs unless they can get approval elsewhere. Schools will have 18 months to find new accreditation.

Twenty-seven colleges will be affected, Under Secretary of Education James Kvaal said Friday, although three already are in discussions with other agencies. Department officials did not provide the names of the schools.

The department’s action is the culmination of a years-long effort to put ACICS out of business that began under the Obama administration. Multiple high-profile colleges approved by the agency had misled students about job placement rates, and ACICS hadn’t fulfilled its watchdog role, the Education Department determined. But Betsy DeVos, education secretary under President Donald Trump, restored federal recognition of the agency.

The accreditor’s reprieve was short-lived. In 2020, an investigation by USA Today showed the group had approved a college in South Dakota that lacked evidence of students or faculty. The Education Department began another review of ACICS, and on Friday announced that Deputy Secretary Cindy Marten had denied the accreditor’s final appeal.

At one time, ACICS accredited more than 240 institutions that, in 2015, received a combined $4.76 billion in federal aid and enrolled more than 600,000 students.

In a statement posted on its website, ACICS said it was disappointed by the decision. “We are evaluating all of our options and how best to serve our institutions, including any decision to appeal the Deputy Secretary’s decision in federal district court,” the statement said.

Accrediting agencies serve as gatekeepers for the federal government, vouching for the legitimacy and quality of colleges. If a college is approved by a recognized accreditor, it can receive federal money, such as student loan payments or Pell Grants. That money is crucial for many universities’ survival, especially the for-profit colleges approved by ACICS.

“ACICS is known for accrediting some of the most infamous colleges like Corinthian Colleges and ITT that engaged in widespread wrongdoing,” Kvaal said. “The cost of that wrongdoing to students and taxpayers is still being tallied.” As recently as this week, the Education Department forgave nearly $4 billion in debt of over 200,000 former ITT Tech students. Their college credits and degrees were of questionable value after the school closed.

Similarly, the Biden administration in June canceled federal student debt for hundreds of thousands of students who had attended Corinthian Colleges. Once one of the nation’s largest for-profit college companies, Corinthian shut down in 2015 amid widespread findings of fraud.

Kvaal said the decision was made not because of ACICS’ history or reputation, but because it had failed to meet minimum standards required of accreditation agencies. Those duties include monitoring colleges whose finances or practices put them at risk of closing while students are in the middle of their degrees.

Students at the 27 schools accredited by ACICS will not immediately lose their financial aid. Their schools will receive provisional certification that allows them to participate in federal financial aid programs while they look for new accreditation.

“Unless a court orders otherwise, the department has a responsibility to enforce accountability in the accreditation system and to ensure that students and taxpayers are protected,” Kvaal said.

The department’s decision requires the affected schools to submit “teach-out” plans for students to complete their studies in the event the college must close. Colleges also will be barred from admitting new students to programs that cannot be completed in 18 months and from adding new programs or locations that qualify for federal aid. 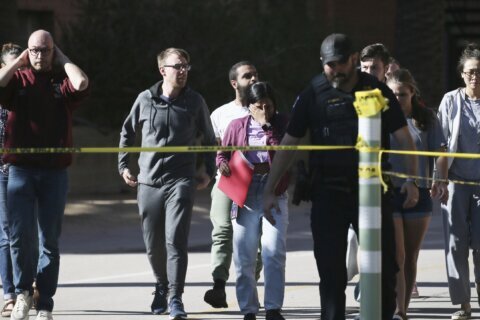 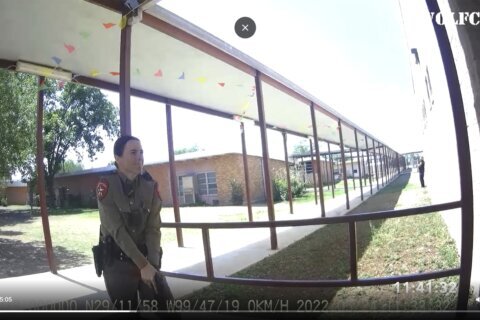