The summer before leaving her native India to attend the University of Houston in Texas, Drishi Rajendra Vinaykiya says she felt anxious but excited. She had originally planned to move to a different city in India to attend university, but decided to apply to UH as another option.
Listen now to WTOP News WTOP.com | Alexa | Google Home | WTOP App | 103.5 FM

The summer before leaving her native India to attend the University of Houston in Texas, Drishi Rajendra Vinaykiya says she felt anxious but excited. She had originally planned to move to a different city in India to attend university, but decided to apply to UH as another option.

“When I got in, I took it as a challenge and applied for my visa, packed all my stuff in just one month. It was a roller coaster of emotions but I enjoyed every bit of it and don’t regret anything,” says Vinakiya, who is pursuing a bachelor’s in business administration with a minor in sales and finance.

Attending a U.S. university can be a big change for a prospective international student. For those who have accepted an admissions offer and will begin classes in the fall, the summer break can be a good time to prepare for the big move.

Here are a few things international students can do during the summer months to feel a little bit more prepared.

Attending a U.S. university means you can finally put your English skills to use.

“English continues to be one of the leading global languages spoken around the world and especially so at American universities,” says Tyria Newman, programs assistant in the office of international programs at Kettering University in Michigan.

Having strong English skills, Newman says, can help international students have a more successful university life, not only in classes but in activities such as shopping, traveling and employment.

“Practicing can also help ease any nervousness you may have about using English if it’s not used at home,” Newman says.

Experts recommend reading English-language books and watching American TV shows and movies to brush up, as well as practicing speaking English in public whenever possible.

Reach Out to Fellow Students

Knowing a few people on campus can help make your introduction to academic life smoother.

“It is easy for foreign students to connect with their peers from the same country, but much harder to do so with domestic students. Creating this connection early with new fellow students will help with cross-cultural adjustment anxiety and fears,” says Stefan Johnsson, associate director of the international student and scholar services office at the University of Houston.

Many schools and their clubs have a strong presence on social media, and websites like Twitter and TikTok can be a great place to start, experts say.

Vinaykiya says she used Facebook groups and Instagram pages to reach out to people she could meet and figure out freshman year formalities with, something she recommends to other incoming international students.

“This makes the entire process less stressful and you will be able to start the school year with a new group of pals,” Vinaykiya says.

[READ: Why International Students May Want to Consider Greek Life.]

If you’ve been assigned roommates, make sure to reach out to them as well.

“It would be good to know the basics about each other and make sure you don’t double up on large items in your dorm or apartment,” Newman says.

Most university websites have virtual campus tours, maps and photos of the campus.

“Use the university’s website … to learn about dining services, building locations and what kinds of support they provide to students,” Newman says.

And a quick Google search can be a great way to find out about restaurants and stores in the area, Newman says.

“UH provides a bunch of virtual tours. This helped me explore around campus before I entered the U.S.,” says Vinaykiya. “Knowing the campus before coming here definitely made me less anxious and more excited, as I was somewhat familiar with a few places.”

Johnsson suggests connecting with current students through a mentorship program or reaching out to alumni to ask questions about where to live, good places to eat, how to get around campus and what classes to take.

[READ: What to Consider When Visiting a College Town.]

Pack Your Own Suitcase

To keep the comforts of home close, students may want to pack their favorite everyday items along with spices or snacks that might not be available in the U.S. (but remember not to pack dried or fresh meat, as certain items brought from foreign countries are restricted, per U.S. Department of Agriculture regulations). Students should try to make packing decisions on their own, experts say.

“Learning to live in another country is all about making mistakes and learning from them. Packing a suitcase is where this independence begins,” Johnsson says.

Newman adds that becoming more independent shouldn’t be limited to packing a suitcase, but also picking out and buying necessities on your own, filling out any forms and other important details.

“Students should have the desire to want to do things on their own and become capable adults, and it can start at home before university life fully takes effect,” Newman says.

While Vinaykiya packed her own suitcase, she admits she did get a little help from her mother and sister, who made sure she packed light. Anything she missed she took care of once she arrived in the U.S.

“I also have my uncle’s family here who helped with the basic shopping that I would need before starting my school year,” Vinakiya says.

How to Handle Money as an International Student

What To Expect at College Orientation

4 Ways to Prepare Over the Summer to Attend a U.S. College originally appeared on usnews.com 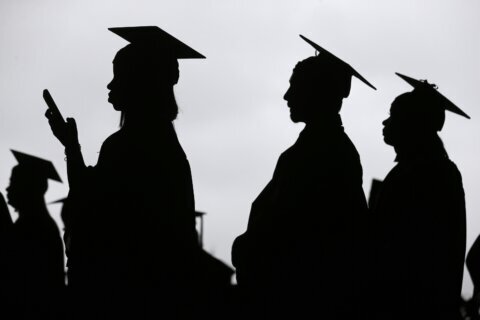