ATLANTA (AP) — After three Republican primary debates in Georgia’s governor’s race, a few things are clear: Former U.S. Sen. David Perdue wants the May 24 primary to be about the 2020 election, incumbent Gov. Brian Kemp wants the election to be about his record, and when in doubt any Republican should say they’re the one to beat Democrat Stacey Abrams in the fall.

Sunday’s debate sponsored by the Atlanta Press Club was a little different, with candidates Kandiss Taylor, Catherine Davis and Tom Williams included after the two earlier debates featured only Kemp and Perdue.

Polls show Perdue significantly behind Kemp, raising the chance the incumbent could clear 50% in May and avoid a possible June 21 runoff. While Perdue landed some licks on Kemp, especially in the April 24 debate, it’s unclear if the clashes have changed voters’ minds.

The debates come as voting begins in the May 24 primary. Some counties are already mailing absentee ballots, and early in-person voting begins Monday.

Here’s a look at some of the themes from the debates:

At times, the other candidates ganged up Sunday with Perdue to attack Kemp on elections and blame him for paving the way for Democratic control in Washington, a theme Perdue has been hammering.

“Brian Kemp gave us Joe Biden. He gave us the troubles we’re seeing in Georgia,” Williams said, even though Biden would have been elected president without winning Georgia.

Kemp continued to push back, saying he followed the law requiring that he certify the election. He sought to reassure Republican voters that he had solved problems with the restrictive election law Georgia passed and Kemp signed in 2021.

“I was as frustrated as anyone else with the 2020 election results,” Kemp said. “And I actually did something about working with the Georgia General Assembly to address those issues.”

Federal and state election officials and Donald Trump’s own attorney general have said there is no credible evidence the election was tainted. The former president’s allegations of fraud were also roundly rejected by courts, including by judges Trump appointed.

KEMP STANDS ON HIS RECORD

“We got the port deepened after 20 years of career politicians trying to get it deepened,” Perdue said of Savannah. “We brought the cyber warfare headquarters of the Army to Fort Gordon. We got disaster relief for the farmers in south Georgia.”

WHEN IN DOUBT, MENTION STACEY

When asked if they would support the Republican nominee Sunday, even if it’s not them, several of the candidates turned the question into a discourse against Abrams.

Kemp and Perdue mentioned Abrams 19 times in the second debate, leading Abrams to tweet “Clearly, I live in their heads rent free.”

Invoking fear of Abrams has been a constant throughout the debates, using a fear of her election to motivate Republicans, and it continued Sunday.

But Davis said the constant discussion of Abrams was taking away from an honest look at the Republicans.

“Stacey Abrams is not the standard by which the voters should measure the next governor,” Davis said. “You’ve turned her into the bogeyman. The way you get rid of a bogeyman is to turn the lights on.”

Education had been mentioned only in passing in the first two debates, although on Sunday candidates fielded multiple questions about public schools.

Kemp was questioned about whether bills he signed that are meant to prevent the teaching of “divisive concepts” would deter people from becoming teachers.

“That’s what people want…,” Kemp said. “They’re worried about their children and what they’re being taught in the classroom.”

He also touted the $5,000 pay raise that he pushed through for teachers in two steps.

But other candidates focused on doing more to prevent ideology from infiltrating the classroom.

“The No. 1 thing we can do for our teachers, our parents and most of our children is just get the woke mob out of our schools in Georgia,” Perdue said.

Perdue and Kemp showed real dislike for each other, repeatedly calling each other liars in the first two contests.

“I’m just telling you the worst mistake I ever made, was getting Donald Trump’s endorsement for this man,” Perdue said Thursday at WTOC-TV in Savannah.

Kemp retorted multiple times that Perdue was attacking him because he had no record of his own, saying it was Perdue’s fault that he had lost his reelection bid to Democrat Jon Ossoff in the 2021 runoff.

“The reason everybody here tonight is looking in the rearview mirror is because they don’t have a record to win in the future,” Kemp said Sunday. 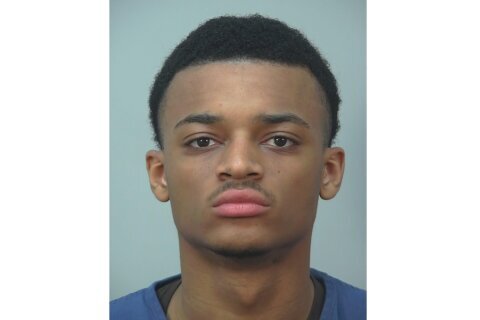