LOS ANGELES (AP) — Kenny Oshita was a first semester law student at the University of Southern California when a visit to a school doctor for a possible sexual disease turned into an invasive procedure that left him feeling violated.

He was not alone.

Scores of other men — most of them gay or bisexual — said they had disturbing encounters with Dr. Dennis Kelly at the USC Student Health Center but they didn’t realize it was pervasive until a graduate sued in 2019 claiming he had been forced to undergo an uncomfortable rectal exam during a routine checkup.

“When I discovered later that this was a pattern of behavior where he was targeting individuals like me, it was like I was in a China shop and all the glass around me was shattered,” Oshita said Friday. “It was alarming.”

Oshita was one of 80 former USC students who reached a settlement Thursday with the Los Angeles university that has weathered several major scandals in recent years, including one involving another campus doctor accused of sexually abusing hundreds of women students.

Unlike settlements in the cases against Dr. George Tyndall that resulted in payouts over $1 billion and an apology from the school’s president, no such disclosures or statements were made by USC in the Kelly case.

The parties in the Kelly case issued a joint statement saying the terms were confidential. USC and Kelly denied the allegations.

In addition to the secret terms of the agreement, the Kelly case is unusual from other recent settlements involving sexually abusive university doctors because most of the plaintiffs — 76 of 80 — are LGBTQ, attorney Mikayla Kellogg said. One plaintiff who was born a male is now a female.

“There’s no population that’s immune from the reach of the damaging results of sexual misconduct,” Kellogg said. “Here we have this population that is both male and LGBTQ-plus … and that is really what makes it a unique story, but also a story that I think needs the attention.”

The Kelly case may never have come to light if not for reports of the rampant sexual abuse by Tyndall and Dr. Larry Nassar, the former Michigan State University sports doctor as well as a doctor at USA Gymnastics, who is now serving decades in prison for abusing female athletes, including medal-winning Olympians.

Although USC received reports of alleged abuse by Kelly dating back at least to 2006, he remained in his job until 2018.

In January 2018, a senior USC administration official complained to the chief health officer that he had been abused by Kelly when he was a student, attorney Kelly Van Aken said. The official came forward because of the Nassar case and conversations he had with this own doctor.

He surrendered his license the following year amid an investigation by the state medical board. State records show he acknowledged he had a progressive physical or mental condition that impaired his ability to practice medicine.

Kelly has not been criminally charged.

Tyndall, 75, has pleaded not guilty and denied any misconduct. He is awaiting trial on 35 criminal counts of alleged sexual misconduct between 2009 and 2016.

The lawsuit against Kelly was filed in 2019 after another male student — not the administration official — learned of the Tyndall scandal and reported that he had been subjected to an “uncomfortable, upsetting, and disturbing” visit that served no legitimate medical purpose and left him feeling ashamed and humiliated.

“Dr. Kelly was not providing legitimate medical treatment to him but was instead sexually abusing him to further his own prurient desires and/or to discriminate, shame, humiliate, and embarrass him as a result of his sexual orientation,” the lawsuit said.

Oshita said he was thankful for the people who had the courage to come forward, which inspired him to join the lawsuit. He said the confrontational process was bruising with lawyers trying to discredit him.

Despite Kelly and USC’s denial of responsibility, Oshita said settlements of this kind don’t come easy, and he considered it a reckoning.

“There’s been an acknowledgement from Kelly, the university, those that I hold responsible for what happened to me and to others like me, and now we can move towards healing,” Oshita said. “This is something that I’ll have to carry with me for the rest of my life.” 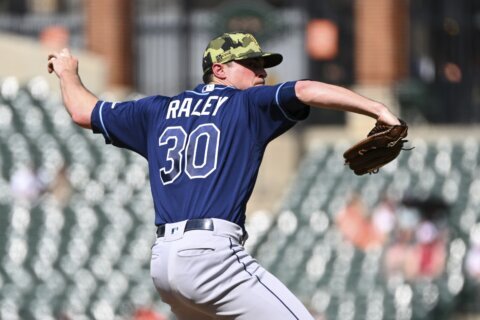