DETROIT (AP) — A judge on Thursday set a Sept. 6 trial date for a teenager charged with murder and other crimes in a Michigan school shooting that killed four students.

Oakland County Judge Kwame Rowe said the date could change but he wanted to set one to “move this case forward.”

Ethan Crumbley, who turns 16 next week, is accused of shooting fellow students at Oxford High School on Nov. 30.

Rowe disclosed the trial date during a brief hearing in Pontiac that must be held every 30 days because Crumbley is a minor who is being held in a county jail. He is segregated from adults.

Assistant Prosecutor Kelly Collins said the state Center for Forensic Psychiatry has completed a report about the teen’s mental health status at the time of the shooting and whether he could be held criminally responsible.

The conclusion wasn’t disclosed in court. The prosecutor’s office later said it couldn’t publicly discuss it. A message seeking comment was left for defense attorney Paulette Loftin, who indicated in January that she would pursue an insanity defense.

Separately, the boy’s parents, James and Jennifer Crumbley, are charged with involuntary manslaughter. Prosecutors say they ignored warning signs about their son’s mental health and failed to keep a gun out of his reach at home.

They’re in jail, unable so far to afford a $500,000 bond. The couple’s attorneys deny the allegations.

For more of the AP’s coverage of the Michigan school shooting: https://apnews.com/hub/oxford-high-school-shooting 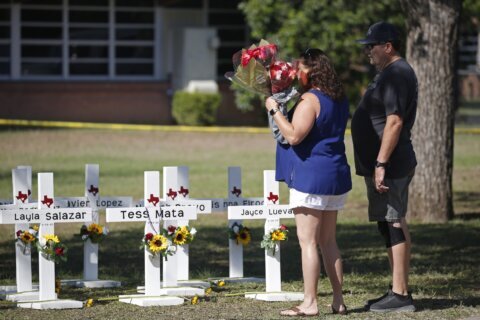