Strong influences help mold 2022 US Teacher of the Year 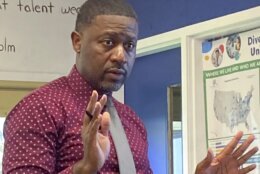 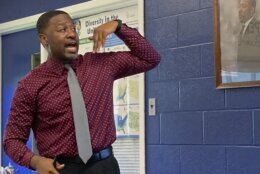 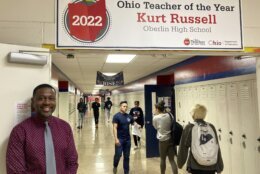 OBERLIN, Ohio (AP) — It hardly seems a stretch to say Kurt Russell was born to be a history teacher.

Raised on his mother’s stories about segregation and the civil rights movement in Alabama and influenced by teachers from his childhood, the 50-year-old Russell has spent the last 25 years teaching history and African American history at Oberlin High School outside Cleveland.

The Council of Chief State School Officers announced Tuesday that Russell is the organization’s National Teacher of the Year for 2022. The group previously named him Ohio’s teacher of the year.

“Kurt’s extensive career shows the power of educators to shape the lives of students from the classroom to extracurricular activities to the basketball court,” CCSSO Chief Executive Officer Carissa Moffat Miller said in a statement.

Russell will spend the next year representing educators and serving as an ambassador for students and teachers across the country, the organization said.

His classroom journey to teaching began with his white kindergarten teacher, Francine Toss, who read a picture book about the Rev. Martin Luther King Jr. as he and other students sat in a circle in her classroom.

“She had the audacity to introduce literature that was culturally relevant,” Russell said. “I thought, ‘Wow, that’s a guy who looks like me.'”

The die was further cast for his future career as an eighth-grader when he walked into a math class taught by Larry Thomas, the first Black male teacher he had encountered. Russell said he was impressed by Thomas’ demeanor and how he carried himself in the classroom.

“He was someone who looked like me in front of the classroom who all the kids enjoyed,” Russell said. “This seemed like a profession that I could enjoy. It just changed my life.”

His parents, Jerry and Retta Russell, who grew up attending segregated schools in Alabama, moved to Oberlin in the late 1960s, his father for construction work and his mother to escape the vestiges of the Jim Crow south.

His mother as a high school student in Linden, Alabama, marched with the Rev. Martin Luther King Jr., who came to Linden at the invitation of the Rev. Ralph Abernathy, King’s close friend and collaborator in the civil rights movement. Students left school that day to join the march.

“That’s how I fell in love with history, by hearing those stories,” Russell said.

Russell obtained his “dream job” of teaching in Oberlin, the city where he grew up, after graduating from the College of Wooster in 1994. He helped develop an African American history course at Oberlin High School in his first year there.

In addition to teaching two other general history classes, Russell and a music teacher have developed a class called Black Music in the African Diaspora that covers the blues, jazz and R&B.

He credited the school administration for supporting the creation of the class. “They could have said, ‘No. We don’t need that right now,'” Russell said.

Russell also is the boys basketball coach at Oberlin. His team finished the season with a 16-6 record and a conference championship. Betts said Russell sees the development of young men as more important than developing basketball players.

“One of the greatest things about Kurt Russell is the classroom culture he’s created,” Betts said. “He’s created a culture where everybody has a voice and students feel comfortable sharing their opinions.”

“He does not allow them to settle for less,” Betts said. “They talk about tough subjects.”

Asked about critical race theory, an academic framework about systemic racism decried by conservative politicians and commentators, Russell called it a “dog whistle.”

“I always tell individuals I do not teach controversial courses,” Russell said. “I teach different courses. There’s nothing controversial about teaching about women’s rights or the gay rights movement.”

Russell led a discussion during his African American history class last week tracing seminal events leading to civil rights movement. He started with the Scottsboro Boys, nine Black teens who were falsely accused of raping two white women in the 1930s in Alabama, to Emmett Till, a 14-year-old black teen brutally murdered in Mississippi by two white men in 1955 after being accused of flirting with a white woman.

Students were then asked to form groups to list the four most important rights of Americans. Russell energetically guided the discussion, with all the students agreeing that access to the ballot box is a crucial right.

When Russell asked whether convicted murderers should have the right to vote, the students weren’t able to reach a consensus before the dismissal bell rang. When asked about the question afterward, Russell said murderers don’t have that right but he wanted to put the question before his students to consider it. 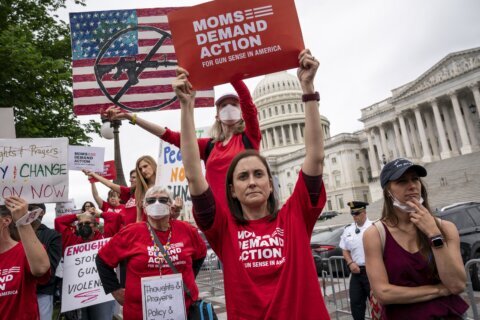 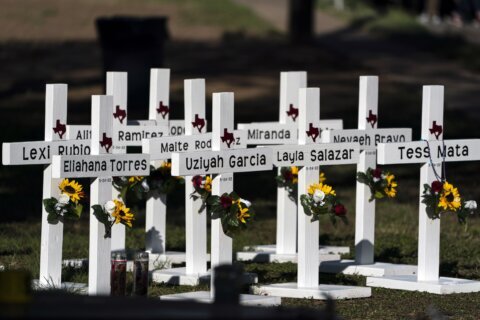