SANTA FE, N.M. (AP) — New Mexico is increasing child care subsidies that are already the most generous and broadly available in the U.S.

Low and middle-income New Mexico families have had access to the most generous child care subsidies in the country since last June, but they still paid as much as $900 per month for one child. Starting next week, the copay will be waived and child care will be basically free for all families up to nearly twice the median income in the state.

The copay waivers will run through July of next year, but the administration is hoping to extend it through other funding sources, said Early Childhood Development spokesman Micah McCoy. The administration has stopped and started copayments periodically during the pandemic due to inconsistent funding.

Starting May 1 and running through June 2023, the state will waive child care copays for households at 400% of the poverty line, about $111,000 for a family of four.

This round of waivers is estimated to cost $40 million and is funded by one-time federal pandemic relief. Families will save between $400 and $900 per month based on their income level. Lujan Grisham spokeswoman Nora Meyers Sackett said in a statement that it will expand eligibility for over 30,000 families.

Lujan Grisham unveiled the most generous and broadly available child care plan last July, which provides at least some subsidies to families at 350% of the poverty line, or about $93,000 for a family of four. Until now, families at the higher end of that income bracket, above 200% of the poverty line, were eligible for some subsidies but not copay waivers.

Other states like New York have raised subsidy eligibility levels by tapping into federal funding, but not as broadly as New Mexico.

Cedar Attanasio contributed reporting from Santa Fe. Attanasio is a corps member for the Associated Press/Report for America Statehouse News Initiative. Report for America is a nonprofit national service program that places journalists in local newsrooms to report on under-covered issues. Follow Attanasio on Twitter. 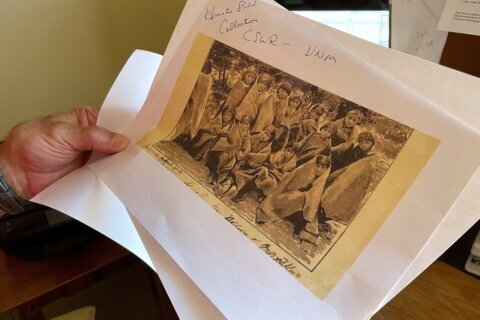