Four of the last seven nominees to the high court have been women. But Judge Ketanji Brown Jackson is the first Black woman to be nominated for a seat on the nation’s highest court.

Senators and Jackson will give opening statements when the hearings begin Monday. She’ll face two days of questioning on Tuesday and Wednesday.

Americans who are just engaging in the process should expect to see Democrats who control the committee praise Jackson, 51, for her sterling resume and extol the historic nature of her nomination, fulfilling a campaign pledge by President Joe Biden.

It remains to be seen how Republicans will handle the situation. Questions are sure to be raised over Jackson’s work as a defense lawyer earlier in her career and Republican senators have repeatedly invoked Jackson’s support from progressive groups that GOP leader Mitch McConnell of Kentucky called “farthest-left activists.”

Jackson’s confirmation would not alter the current 6-3 conservative majority on the Supreme Court so there may be reasons for Republicans to blunt their attacks.

Senators know the public is watching, but as the nomination hearing gets going and lawmakers seek to probe the nominee’s views, they often slip into using legal jargon and refer to past Supreme Court cases in shorthand. It can sound as though they’re talking in code.

Expect senators to use these terms at Jackson’s hearing:

Jackson is the first Supreme Court nominee with experience as a federal public defender, a government employee responsible for representing indigent criminal defendants. She spent about two years in the role earlier in her legal career.

In her hearing for confirmation to the federal appeals court in Washington, Sen. Ben Sasse, R-Neb., asked Jackson whether she ever was concerned that her work “would result in more violent criminals — including gun criminals — being put back on the streets.” She responded that the government has to provide representation for criminal defendants under the Constitution “in order to guarantee liberty and justice for all.”

Latin for “to stand by things decided.” It’s the legal principle that judges use to base decisions on earlier ones. When it comes up at confirmation hearings, it’s often in reference to abortion rights and it’s usually a way of asking if a nominee will overturn certain decisions such as like Roe v. Wade.

Of course, the Supreme Court already is weighing whether to get rid of Roe this term and could do so before Jackson takes her seat, if she is confirmed. Nominees invariably invoke stare decisis or refer to something as settled law, to try to reassure senators that they have great respect for Supreme Court precedents, without committing to preserve any specific one. Respect for precedent, however, has its limits. The justice have already agreed to consider next term whether a major decision about the use of race in college admissions should be overturned.

The term for efforts to improve opportunities for minorities, generally in employment and college admissions. It’s a standard topic for Supreme Court confirmation hearings, particularly after a 2003 Supreme Court decision that predicted affirmative action wouldn’t be necessary in 25 years. It’s still a few years shy of that prediction, but the justices have agreed to take up cases from Harvard, where Jackson sits on the Board of Overseers, and the University of North Carolina. She will be asked whether she plans to take part in the case.

That’s the formal term for a judge’s decision to not take part in a case, usually because the judge participated in it at an earlier stage or has a financial or personal conflict. Republicans are going to press Jackson to pledge to step aside from the college admissions case because of her role at Harvard, where she attended college and law school.

She may not commit to doing so, but the court has a potential solution to any conflict. The cases from the two schools currently are linked. The court could sever them, giving Jackson the chance to take part in the North Carolina case while sitting out the one from Harvard. Something similar happened in 2020, when Justice Sonia Sotomayor discovered a conflict in a dispute from two states over presidential electors. The court abandoned plans to hear them together and eventually issued its major decision in the case in which all the justices participated.

Sometimes shortened to just “habeas” or called the “Great Writ,” it’s Latin for “show me the body.” It’s the constitutional right barring unlawful and indefinite imprisonment. In Jackson’s case lawmakers might use the term when talking about her work on behalf of Guantanamo Bay detainees.

She was assigned four such cases while working as a federal public defender between 2005 and 2007. At the time, the Supreme Court had recently ruled that Guantanamo detainees had a right to challenge their capture and detention by filing habeas petitions in federal court. Jackson did some of that work.

OK, that’s not a legal term, but it will come up anyway. Chief Justice John Roberts famously compared judges to umpires during his 2005 confirmation hearing, saying neither makes the rules, but rather both just apply them. He said he would remember, if confirmed, that his job is “to call balls and strikes.” Lawmakers love to ask nominees about this analogy.

Also not a legal term, it’s shorthand for: I’m not going to answer that question.

Its invocation has been a useful way to dodge controversial questions in the style of its namesake, the late Justice Ruth Bader Ginsburg. At her 1993 confirmation hearing, Ginsburg declined to answer questions about issues that could come before her as a justice. That would be improper, she said, saying she could “offer no forecasts, no hints” about how she would vote.

She wasn’t the first to sidestep questions, but nominees who have followed have invoked Ginsburg’s words in response to a range of controversial questions. Ginsburg herself actually said much more on some hotly debated issues, including abortion, than many nominees. 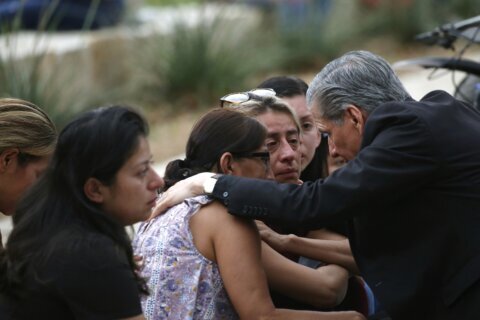 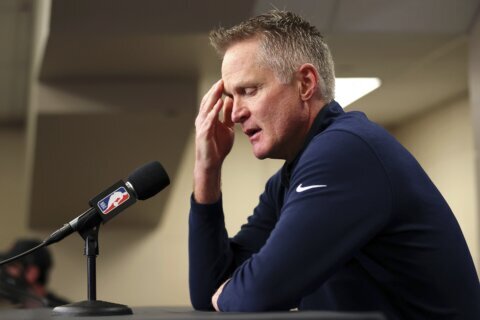