NEW YORK (AP) — The author of a Pulitzer Prize-winning book about the revolt at the Attica Correctional Facility in 1971 sued New York state prison authorities on Thursday, saying they’ve unconstitutionally banned her book behind bars.

Author Heather Ann Thompson, a University of Michigan professor, brought the lawsuit in Manhattan federal court over the treatment by New York State Department of Corrections officials of her book: “Blood in the Water: The Attica Prison Uprising of 1971,” published in 2016.

Named as defendants were the department’s acting commissioner and a second official with decision-making authority regarding censorship determinations.

The lawsuit contends that the ban is unconstitutional, particularly because the state has blocked inmates from accessing her book, prevented her from sharing it with inmates and denied her an opportunity to contest the ban.

In a document issued in late January, the New York State Department of Corrections division of Corrections and Community Supervision said it was department policy to “encourage incarcerated individuals to read publications from varied sources if such material does not encourage them to engage in behavior that might be disruptive to orderly facility operations.”

Contacted about the lawsuit Thursday, a corrections spokesperson said the department cannot comment on pending litigation.

The Attica uprising began in September 1971 when inmates angry over living conditions seized control of part of the prison and took some of its staff hostage. Four days later, the disturbance ended when state troopers and guards shot tear gas into a prison yard before firing hundreds of rounds into the smoke.

The gunfire killed 29 inmates and 10 hostages. In all, 11 staff members and 32 inmates were killed in the riot and siege. No law enforcement officers were put on trial for their roles in the massacre.

The lawsuit was brought on Thompson’s behalf by the New York Civil Liberties Union and the Civil Rights Clinic at the Benjamin N. Cardozo School of Law.

NYCLU Executive Director Donna Lieberman said the state “cannot censor an important historical text like ‘Blood in the Water’ just because it doesn’t like the content.” 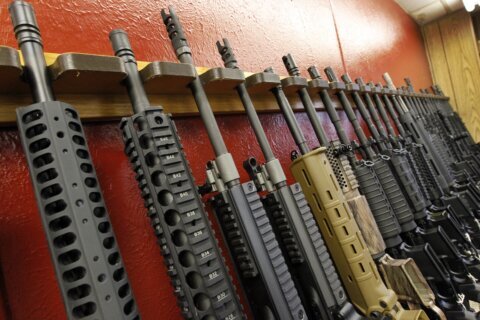