Proponents of restrictions on how U.S. public schools address sexual orientation and gender identity say their ultimate goal is to allow parents more involvement in their children’s education and ensure classroom materials are age-appropriate.

But in heated debates at school board meetings and in statehouses across the country, the argument they repeatedly put forth is that they are trying to prevent children from being “groomed” — the same term commonly used to describe how sex offenders initiate contact with their victims.

The use of such rhetoric, opponents of the new laws argue, underscores a nationwide push by conservatives to make education a political wedge issue by equating certain teaching materials and educators with pornography and even pedophilia. This latest trend is another volley in the country’s ongoing culture wars, during which conservative lawmakers also have opposed the teaching of “critical race theory” and proposed bills requiring schools to post all course materials online so parents can review them.

Florida Gov. Ron DeSantis, an ascending Republican and potential 2024 presidential candidate, has been at the forefront of the movement. On Monday, DeSantis signed a bill into law that forbids instruction on sexual orientation and gender identity in kindergarten through third grade. While doing so, he railed against “liberal politicians” and activists who fought against the law, saying, “They support sexualizing kids in kindergarten.”

“They support injecting woke gender ideology into 2nd grade classrooms,” he added. “They support enabling schools to ‘transition students’ to a ‘different gender’ without the knowledge of the parent … without the parent’s consent.”

DeSantis never uttered the word “groom,” but his press secretary, Christina Pushaw, remarked on Twitter that the legislation dubbed by opponents as the “Don’t Say Gay” bill would be more accurately described as an “Anti-Grooming Bill.”

The use of the term is an attempt to distort the goal of teachers “who are being intentional about expressing their acceptance of LGBTQ people, or perhaps sharing their own stories … so that all students can know that they have representation within the school,” said Casey Pick, a senior fellow for advocacy and government affairs at the Trevor Project, a nonprofit that provides support services for LGBTQ youth.

Asked why she used it, Pushaw replied in an email to The Associated Press, “I have never stated that all groomers are LGBT, all LGBT people are groomers, or anything of that nature.” She did not elaborate.

An Oklahoma school choice advocacy blog, Choice Remarks, shared an article on its Facebook page alleging that public schools are sexualizing children. “Groomers are gonna groom,” the group declared in comments accompanying the article. “The solution is educational choice.”

When the New York State Education Department tweeted a book recommendation of Maia Kobabe’s graphic novel “Gender Queer: A Memoir,” the agency was attacked online as providing “pornographic” material to children, as well as “grooming” and “preying” on them. The agency later deleted the tweet.

DeSantis and other conservative politicians and parents who have criticized schools’ use of books with sexually explicit material argue that parents, not teachers, should be broaching such subjects with their children.

The main point of the Florida law is that it “empowers parents to be engaged in their children’s lives,” said Republican Rep. Joe Harding, who sponsored the legislation. At Monday’s signing ceremony, a placard affixed to the speakers’ podium and signs held up by young children featured the slogan “Protect Children/Support Parents.”

But Catherine Oakley, state legislative director and senior counsel at Human Rights Campaign, an LGBTQ advocacy group based in Washington, D.C., said conservative groups are capitalizing on the fear of unknown materials, books and discussion taking place inside classrooms to propel measures that would place more “surveillance” on teachers, librarians and other educators.

These groups “are really coming from this idea that sexual orientation (and) gender identity is something that’s being imposed upon kids,” Oakley said. “It comes from just a really fundamentally wrong position about where a person’s LGBTQ identity comes from.”

The current trend to limit the teaching of sexual orientation and gender identity echoes similar campaigns of the 1970s in which far-right religious groups characterized people who identified as LGBTQ as trying to “convert children,” said Sophie Bjork-James, an assistant professor at Vanderbilt University who researches the U.S.-based religious right and the white nationalist movement. The accusation helped stall the expansion of civil rights for sexual minorities, Bjork-James said.

Brittany McBride, associate director of sexuality education at Advocates for Youth, a nonprofit that promotes adolescent sexual health and rights, sees a coordinated effort to create discomfort in school districts across the country, the result of which is to limit the education that students can receive.

“Adult discomfort has always seemed to take the priority over the rights and responsibility as a society to provide our young people with the information that they deserve,” McBride said. 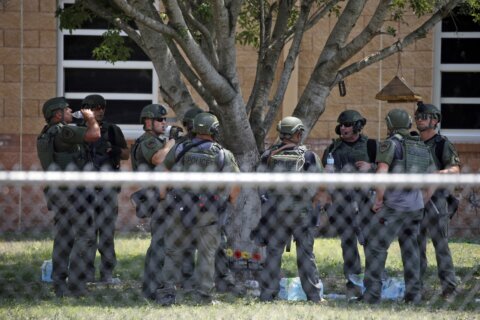 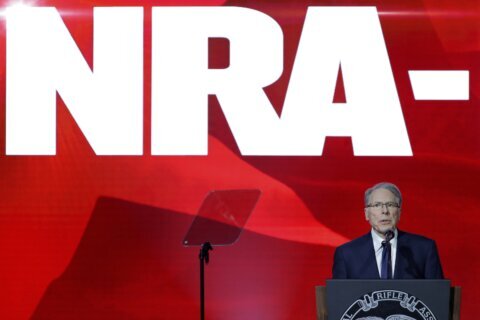