The Los Angeles school district, which was among the first to announce mandatory COVID-19 vaccines for students, has become the…
Listen now to WTOP News WTOP.com | Alexa | Google Home | WTOP App | 103.5 FM

The Los Angeles school district, which was among the first to announce mandatory COVID-19 vaccines for students, has become the latest in California to delay a plan that would have forced thousands of unvaccinated students to return to distance learning.

The board of the Los Angeles Unified School District voted Tuesday night to postpone a Jan. 10 deadline for students 12 and older to be vaccinated to attend classes on campus, moving the deadline to the fall of 2022.

So far, 87% of Los Angeles Unified students in that age group have shown proof of vaccination or qualified for a medical exemption, which interim Superintendent Megan K. Reilly called “a major milestone.”

The meeting was punctuated with an emotional and angry plea for the unvaccinated to get their shots from board member Jackie Goldberg, 77, who said the importance of vaccinations was personal for her.

To the parents who say they are worried about the mental health of children who don’t get in-person learning, Goldberg said, raising her voice: “Get them vaccinated. It’s really very simple.”

She and other board members said they were not bowing to the pressure of parents who oppose the vaccine, but acknowledging the significant impact of the mandate to students.

“This change is not about conceding to a vocal minority of anti-vaxxers,” said board President Kelly Gonez.

In September, Los Angeles became the largest school district in the U.S. to issue a mandate for student vaccinations.

The nation’s second-biggest district, with 630,000 students, has moved more aggressively than most in enacting COVID-19 safety measures. It tests all students and employees every week, requires masking indoors and outdoors and was among the first to order employees to be vaccinated. Last week, nearly 500 school district employees, including seven that held teacher credentials, lost their jobs as a result of the staff mandate.

In other states, mandates have been more limited.

New York City’s school system, the nation’s largest, has only required student vaccinations for high-risk extracurricular activities, like band, orchestra, dance and certain sports like football, basketball and wrestling. School staff there were required to be vaccinated by October.

Several other states have gone in the opposite direction, including Florida, Texas and Alabama, which have measures that could restrict officials or school districts from imposing coronavirus vaccine mandates for students.

In Los Angeles, the new deadline of fall 2022 is more closely aligned with the state’s own vaccine mandate.

Gov. Gavin Newsom announced in October that California will require all public and private school students to have the COVID-19 vaccine, which will be added to the list of 10 immunizations required to attend schools. But the state mandate will only kick in after federal regulators give full approval for the shots. Newsom’s office has said it is not expected to take effect until July at the earliest, and officials had urged school districts to impose their own rules.

Many districts did that, but are now reconsidering or pushing back initial deadlines, faced with the reality of large numbers of unvaccinated students.

The Oakland Unified School District recently pushed back by a month its Jan. 1 deadline for students to either prove they are vaccinated or get approval for an exemption. Its vaccination dashboard says that 38% of students, or about 5,700, remain unvaccinated or have not reported their status.

The numbers are higher in Sacramento, which has a deadline of Jan. 31 for students 12 and older to show proof of vaccination.

More than 55% of eligible students in Sacramento, or more than 10,000, are unvaccinated or have not reported their status, the school’s dashboard said. Those students could be assigned to independent study if they don’t get vaccinated or fail to apply for an exemption by the Jan. 31 deadline, said Alexander Goldberg, a district spokesman.

“We have a long way to go but we’re seeing positive trends,” Goldberg said. The district set an initial date of Nov. 30 for reporting a first dose of the vaccine, and after contacting families who were not in compliance, the numbers have almost doubled in the past two weeks, he said.

West Contra Costa’s mandate does not allow for religious or personal belief exemptions, making it among the strictest in the state. The school board will decide Wednesday whether to extend its Jan. 3 deadline to Feb. 18, said district spokesman Ryan Phillip.

As of last Friday, nearly 5,000 students, out of some 12,000 who come under the mandate, had uploaded their vaccination cards but that leaves more than half who haven’t.

“We are working to secure responses from 6,743 students,” said Phillips. 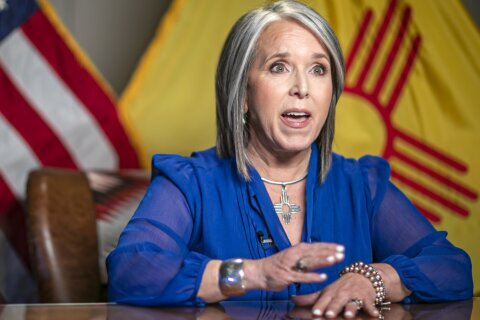 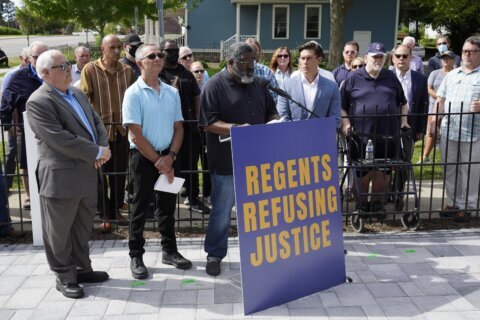 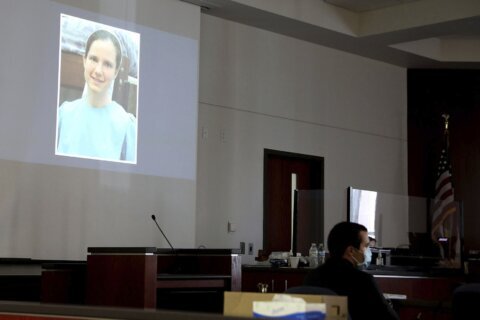