NEW YORK (AP) — The Democrat who will likely become New York City’s next mayor says he does not intend to get rid of the city’s program for gifted and talented students, nipping plans that outgoing Mayor Bill de Blasio just announced.

Brooklyn Borough President Eric Adams said in an interview on CNN on Friday that de Blasio can’t get rid of the program in the nation’s largest school district until next year, when a new mayor is in place. Adams said he would preserve the program and expand opportunities for advanced learning.

In response, the city’s department of education noted that Adams’ plans to expand accelerated learning in schools matches the goals of de Blasio’s plan to replace the gifted and talented program.

De Blasio, in a radio interview Friday, again defended his plan but was not directly asked about Adams’ comments.

De Blasio, also a Democrat, announced a week ago that he was starting a process that would begin next year to phase out the program, which critics say favors white and Asian American students, while enrolling disproportionately few Black and Latino children.

De Blasio said the district, with about 1 million students, would next year stop administering a screening test to 4-year-olds that’s used to identify gifted and talented students. Instead, he said the public school system would work to offer accelerated learning to all kindergarteners, in which students use more advanced skills such as robotics, computer coding, community organizing or advocacy on projects while staying in their regular classrooms.

The mayor said he planned to hold community discussions over the coming months and roll out the full program right before he leaves office.

“He can’t get rid of it until next year. There’s nothing to put back in place,” Adams said Friday.

Adams said the next mayor of the heavily Democratic city must evaluate the program, and said he would expand opportunities for accelerated learning and for children who have barriers to learning.

Curtis Sliwa, the Republican mayoral candidate, has also said he would immediately reimplement the program.

Although New York City is one of the most diverse cities in the country, its public schools have long been criticized as being among the most heavily segregated, particularly within the gifted and talented program. About 75% of the program’s 16,000 students are white or of Asian descent, though Black and Latino students make up about two-thirds of students.

Some Asian American activists have pushed back against plans to dismantle the program, saying it has given their children a path out poor-performing schools and, eventually, out of poverty. 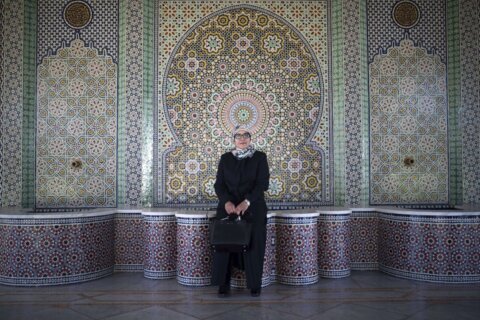