WASHINGTON (AP) — Attorney General Merrick Garland defended a Justice Department memo aimed at combating threats and violence against teachers, administrators and other school officials while Republicans insisted that he rescind the directive. He signaled no plans to do so despite their criticism

The memo took center stage as Garland appeared on Wednesday before the Senate Judiciary Committee – his second congressional appearance in a week – and said it was meant to respond to violence and threats of violence directed against local school board officials.

The memo came out Oct. 4, less than a week after the National School Boards Association wrote the Biden administration about the threats to school officials and asked for help. Some school board meetings have devolved into shouting contests over issues such as how racial issues are taught, masks in schools and COVID-19 vaccines and testing requirements. And teachers have been attacked in schools, with some having masks ripped from their faces and being assaulted by parents.

Republicans say Garland went too far in instructing Justice Department divisions to coordinate with local law enforcement. In his memo Garland said there had been “a disturbing spike in harassment, intimidation, and threats of violence against school administrators, board members, teachers, and staff who participate in the vital work of running our nation’s public schools.”

“The obligation of the Justice Department is to protect the American people against violence and threats of violence and that particularly includes public officials,” Garland said.

Republicans on the Senate committee also seized on a memo from Leif Johnson, the acting U.S. attorney in Montana, to the state attorney general, county attorneys, sheriffs and school officials in the state. The memo spells out federal crimes that could be used in prosecutions for violence, harassment or intimidation of school board officials.

The Montana memo, obtained by The Associated Press, cites about a dozen federal statues from conspiracy to deprive someone of civil rights to stalking and “anonymous telephone harassment.” It instructs the recipients to contact the FBI “if you believe that a person has violated one of these statutes.”

Garland told senators he was never sent the U.S. attorney’s memo and did not know specifics about it. A spokesperson for the U.S. attorney’s office in Montana did not immediately respond to questions about whether Johnson had consulted senior Justice Department officials before issuing the memo.

“I’ve never seen that memo,” Garland said. “No one has sent me that memo, so I haven’t seen it.”

The National School Boards Association has since said “we regret and apologize” for its letter, which asked for federal assistance to combat harassment and violence against school officials and said some of the acts could be “domestic terrorism.”

The original letter asked for the federal government to investigate cases in which threats or violence could be handled as violations of federal laws protecting civil rights. The association asked for the Justice Department, the FBI, Homeland Security and the Secret Service to help monitor threat levels and assess risks to students, educators, board members and school buildings.

The letter documented more than 20 instances of threats, harassment, disruption and acts of intimidation in California, Florida, Georgia, New Jersey, Ohio and other states. It cited the September arrest of an Illinois man for aggravated battery and disorderly conduct for allegedly striking a school official at a meeting. In Michigan, a meeting was disrupted when a man performed a Nazi salute to protest masking.

Garland has said parents have the right to express their concerns to school boards but his primary concern is if that devolves into violence or when threats emerge. During questioning Wednesday, Garland said that making a Nazi salute would be protected under the First Amendment. He also acknowledged that he did not have an accounting of the number of incidents.

At least two Republican senators – Sens. Tom Cotton of Arkansas and Josh Hawley of Missouri – called for Garland to resign over his handling of the memo.

“This is shameful,” Cotton exclaimed. “You should resign in disgrace.” 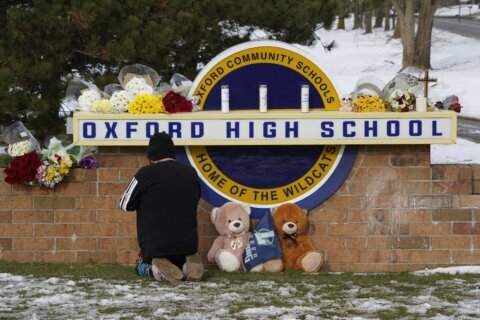 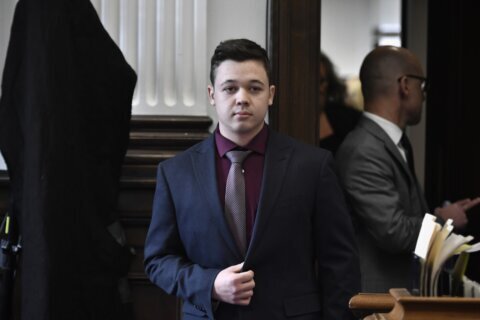 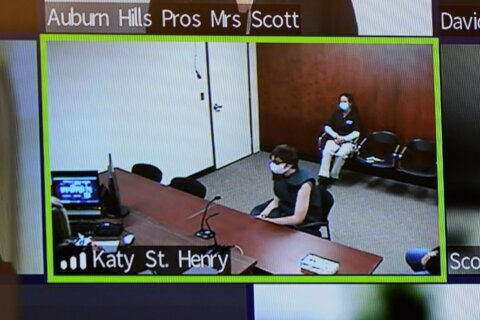