President Joe Biden’s long-sought goal of free community college appears to be a victim of cost-cutting in his social spending plan, dealing a major blow to his vision for a historic expansion of educational opportunity to all Americans.

Biden acknowledged as much in a televised town hall on Thursday night, citing the political realities created by Democratic holdout Sen. Joe Manchin and “one other person.”

Still, he pledged that the fight was not over. “I promise you — I guarantee you — we’re going to get free community college in the next several years and across the board.”

For Biden, it represents yet another setback to a plan he has been pushing for years. He backed a proposal for free community college in 2015 under the Obama administration, made it a key issue in his 2020 presidential campaign and has remained a staunch champion of the idea along with his wife, Jill, who teaches English at a community college.

During the CNN town hall, Biden pointed to other provisions in the legislation, including increased Pell Grants for low-income students, as a way to make up some of the difference.

Supporters are lobbying to preserve the free community college. They say it would help more Americans earn degrees while also stabilizing the nation’s community colleges, which saw enrollments plummet during the pandemic.

Peter Granville, a senior policy associate at the left-leaning Century Foundation, said the plan would have given a financial boost to students who need it most.

“An investment in community college is an investment in student-parents, in workers who are looking for a second chance and in the foundations of our workforce,” he said. “Too much of the burden rests on families, and college costs keep rising.”

Rise, a student-run nonprofit that supports free college, was urging supporters to call lawmakers on Friday in hopes of keeping the proposal alive. The group argues that millions of students were relying on the plan to improve their futures.

Biden included the proposal in his social spending package along with a separate proposal for two years of free preschool. Taken together, it promised to expand free public education by four years and expand education opportunities from childhood through college.

But free community college has drawn sharp opposition from Republicans and even some Democrats who prefer benefits that are limited to low-income students. Those who have opposed it include Manchin, D-W. Va., a key holdout of Biden’s spending plan.

The proposal from House Democrats included a five-year, $45 billion plan to give Americans two years of free community college. It required states to opt in and eventually cover 20% of the cost.

It was already a scaled-back version of Biden’s initial proposal, which called for $109 billion to fund the program for 10 years.

Biden pitched it as an economic driver that would help more Americans get workforce training or transfer their credits to a four-year university.

The plan was seen as a lifeline for some community colleges that have faced state funding cuts and smaller student enrollments. The number of students at two-year public colleges was down 10% this spring compared to last year, while four-year universities saw a decrease of less than 1%.

Advocates say the pandemic has taken a heavier toll on students at community colleges. Many juggle jobs, parenting and other responsibilities that took priority during the pandemic, and many were put on furlough or lost their jobs, putting tuition out of reach.

The proposal was also intended to help address racial inequities in education. Black and Hispanic students graduate from college at lower rates than white students, but those who do graduate are more likely to have attended a community college.

Granville, of the Century Foundation, said Biden’s plan would have sent students a clear message that there are affordable college options.

“The financial aid system has particularly left behind Black and brown communities and low-income communities, leading to many students from those communities turning to lower quality programs at for-profit schools,” he said.

Removing the free tuition proposal misses an opportunity to make college more affordable and to prevent states from slashing higher education funding in the future, said Kate Tromble, vice president of the nonprofit Institute for College Access and Success.

A key provision in the proposal would have required states to maintain their funding for colleges. In times of economic downturn, states often cut higher education funding, leading schools to increase costs to families.

“Without that stable funding, you’re looking at potential volatility in tuition prices,” she said.

If the proposal isn’t salvaged, advocates are pressing for funding increases to other higher education plans in the bill. The package already calls for a $500 increase to the maximum Pell Grant award, but advocates say it should now be expanded further.

About 20 states already offer some version of free college, and dozens of smaller programs are offered by cities, counties and nonprofits. At the state level, it crosses political lines, with programs offered in New York and California along with Tennessee and Oklahoma.

But in Congress, Republicans have firmly opposed it. Some say it’s unfair to offer free tuition to wealthier students at the expense of taxpayers who choose not to attend college. And some Democrats, such as Manchin, want benefits limited to those under certain incomes.

Removing Biden’s community college plan would also deliver a blow to Democrats in Congress who made college affordability a focal point of the 2020 presidential primary.

Candidates including Sen. Bernie Sanders and Sen. Elizabeth Warren campaigned on promises to forgive huge swaths of student debt and to make tuition free at public colleges and universities.

With input from his wife, Biden proposed a more modest plan: $750 billion to make community and technical colleges tuition-free, among other higher education initiatives. He also promised to double Pell grants’ top value for additional expenses such as housing, books and food.

The day after Sanders ended his campaign in April 2020, Biden promised to wipe out student debt for most low and middle-income borrowers. But as president, he has scaled back those ambitions and now questions whether he has the legal authority to forgive student debt at that scale.

Instead, he has focused on making community college affordable. Now, with that at risk of evaporating, it shows the stark differences between sweeping campaign promises and the realities of Congress.

Associated Press writer Will Weissert contributed to this report. 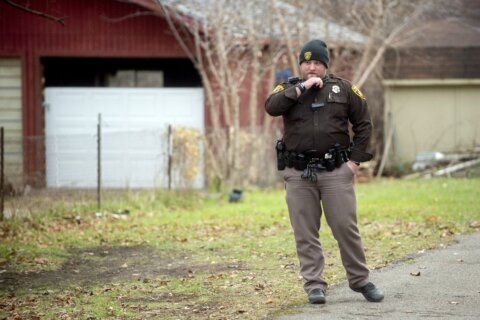 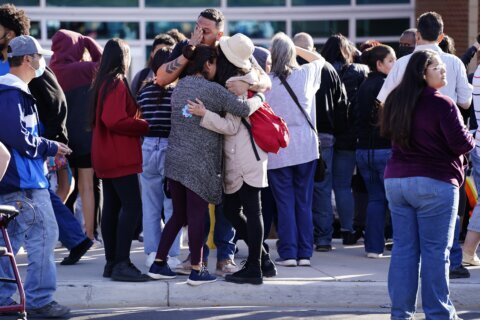