NEW YORK (AP) — Christian Maboko wants to change the world. Starting Monday, the 18-year-old from Burundi, who lives in a Kenyan refugee camp and has co-founded a nonprofit to help address poverty there, will get a lifetime of help with his work from a new philanthropic program to nurture talented teens around the world.

Schmidt Futures announced that Maboko is one of the inaugural 100 Rise Global Winners, part of a $1 billion program funded by philanthropists Wendy and Eric Schmidt, the former CEO of Google and executive chairman of its parent company, Alphabet Inc. The program aims to foster collaboration and new projects from young people to help solve the world’s thorniest problems.

Maboko plans to use Rise’s financial support to further his work in the Kakuma Refugee Camp in Kenya and go to college, even though only 1% of high school graduates in the camp do so.

“I’m trying my best to be among the 1%,” he told The Associated Press.

Rise winners will receive lifetime access to higher education scholarships, career development and funding for projects they create for public benefit. They also receive an annual three-week residential summit with the other winners, and mentorship and internship opportunities in their fields of interest. Because the costs of college degrees vary widely around the world, the prize for each winner also will vary.

Rise will notify the winners, which include teens from 42 countries speaking 20 languages, on Monday.

“We think talent around the world is distributed evenly,” Wendy Schmidt said. “But opportunity isn’t.”

Schmidt Futures and The Rhodes Trust invited teens to explain how they would address an issue or are already addressing it. More than 50,000 teens from 170 countries applied last year.

For his application, Maboko developed a program to teach girls and young women in his refugee camp about reproductive health and the importance of remaining in school even if they get pregnant.

“I don’t want to see my younger sisters dropping out,” said Maboko, whose family has been unable to return to Burundi due to political unrest. “So I had to come up with a solution and do it for the community.”

The wide variety of global problems that Rise applicants want to tackle — from sustainable farming to female representation in Irish mythology to making shopping more accessible to those in wheelchairs — surprised the Schmidts, who expected an emphasis on scientific projects.

“When I look at this group, I can see the pandemic generation,” Wendy Schmidt said. “These kids have been growing up at a time when almost every system in the world that they knew about was failing. If that doesn’t give them an opening for creative solutions to some of these really big, hairy global problems that we face, nothing does.”

Eric Schmidt said the Rise initiative hopes to prove several theories about supporting teenagers. Unlike other programs that support individuals rather than organizations — such as the MacArthur Foundation’s “genius grant”— Rise selects its winners mainly on potential and takes numerous criteria into account, including intelligence and overcoming adversity.

“There’s a lot of intuition that you can identify exceptional, creative, powerfully important people at 16 and not 14,” he said. “Now, that’s still a question, but I believe it to be true. And I think the cohort that has been selected is illustrative of this.”

Another winner, Ella Duus, wants to reduce political polarization in America. The 16-year-old from Huntsville, Alabama, built an online tool to gauge how much biased information any Twitter account offers.

“Social media algorithms get people stuck in feedback loops,” she said. “This ultimately leads to a lot of radicalization of people, which can be a danger to the public.”

Her tool proved so popular that Duus had to take it down because the server charges to host it grew too expensive. That will likely soon change because of her inclusion in the Rise Global Winners, which also will help her pursue her interest in diplomacy and national security when she goes to college.

Jennifer Uche, 17, of Boston, another winner, said the application process strengthened her writer’s voice and she hopes to encourage her peers to raise their voices as well. For her application, she wrote and produced a fictional podcast about mutant teens who suffer discrimination and react by becoming heroes in their community.

“I wanted to really make something interesting out of the idea of advocacy,” Uche said. “And I wanted youth to see they have a voice and they can do something.”

She combined the podcast with an online forum for people to discuss the combination of art and advocacy and how various works of art could inspire them to take action in their lives.

Uche plans to use the support she gets from the Rise initiative to expand her podcast and forum, as well as pursue a college education in film and computer science.

Applications for next year’s class of Rise Global Winners will be accepted until Dec. 22 from those who will be 15 to 17 as of July 1, 2022, through the Hello World Network smartphone app.

Other Rise global winners include:

— Irfan Ayub, of Afghanistan, who started a tutoring center in his rural community.

— Adam Dhalla, of Canada, who developed a machine learning algorithm to classify the locations of proteins within cells.

— Valentina Barrón García, of Mexico, who built a hydroponic system for growing fruits and vegetables.

— Lydia Ruth Nottingham, of the United Kingdom, who convinced her school to invest in reusable masks.

— Aryan Sharma, of India, who made a diagnostic app that scans X-rays for abnormalities. 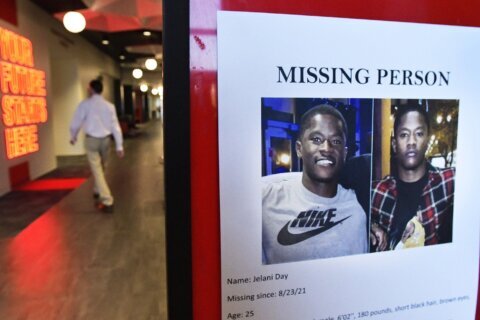