MONTGOMERY, Ala. (AP) — The father of a University of Alabama student who killed herself after reporting she was raped…
Listen now to WTOP News WTOP.com | Alexa | Google Home | WTOP App | 103.5 FM

MONTGOMERY, Ala. (AP) — The father of a University of Alabama student who killed herself after reporting she was raped has settled a lawsuit against the man she had accused.

Details of the settlement between Michael Rondini, of Austin, Texas, and T.J. Bunn Jr. were not released, The Tuscaloosa News reported.

Rondini and his wife filed a wrongful death suit in 2017 that accused Bunn of contributing to their daughter’s suicide. Megan Rondini killed herself in February 2016, eight months after she reported that Bunn had sexually assaulted her.

Bunn, who is from a prominent Tuscaloosa family, denied that allegation, saying they had had consensual sex.

Court records show the settlement was reached during court-ordered mediation on Sept. 17, three days before a federal trial had been scheduled, the newspaper said.

A Tuscaloosa grand jury had declined to indict Bunn on criminal charges.

The Rondinis initially sued the University of Alabama and law enforcement, alleging a university therapist failed to properly support their daughter. The university settled with the family in 2018, agreeing to put $450,000 toward a scholarship and a new program to care for victims of sexual assault.

The Alabama Supreme Court in May allowed the case against Bunn to move forward, saying it was not barred by the fact that Megan Rondini took her own life.

Megan Rondini was a 20-year-old junior when she met Bunn at a Tuscaloosa bar, according to the suit. It alleged that she was sexually assaulted at his home, possibly after being drugged. 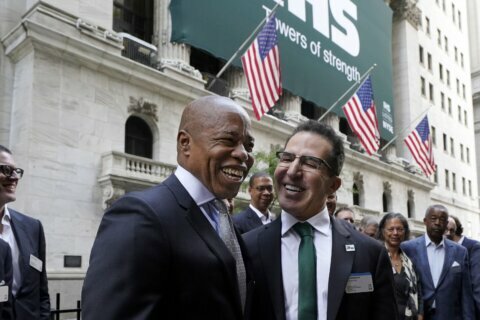