Martinez previously worked for Chicago Public Schools and replaces interim schools CEO Jose Torres, who had been leading the roughly 350,000-student district after CEO Janice Jackson announced plans to step down in May.

The change comes at a critical time for the district, which fully resumed in-person classes last month even as COVID-19 cases remain high in Chicago, with an average of 430 infections reported daily. District leaders and the Chicago Teachers Union remain at odds over COVID-19 safety measures. Several top leaders left at the same time as Jackson.

Martinez, 51, has led the 50,000-student San Antonio Independent School District since 2015, but is familiar with Chicago, where he grew up and attended city schools. He served as Chicago Public Schools’ chief financial officer from 2003 to 2009.

Lightfoot called Martinez, an immigrant from Mexico, the first Latino CEO of the district, although he follows the brief leadership of Torres, who is from Puerto Rico. Martinez was the first in his family to attend college and has an accounting degree from the University of Illinois and a master of business administration from DePaul University.

His selection followed a nationwide search.

“This historic process yielded an historic candidate,” Lightfoot said outside Benito Juarez Community Academy, where Martinez went to school. “He is a staunch advocate for children.”

She cited his work to improve academics in San Antonio and mask and vaccine mandates for school staff, which went against Texas Gov. Greg Abbott’s executive order banning such mandates.

Martinez said he hopes to unite the district and plans to encourage vaccines as he works to address other longtime issues in the largely low-income district where most students are Latino or Black.

Chicago has required COVID-19 vaccinations for teachers, installed air filters in classrooms and begun rolling out testing among students and staff. But the union says those efforts fall short and has questioned the accuracy of the district’s online COVID-19 case tracker, saying cases aren’t updated quickly enough and parents are often left in the dark.

In a statement, the union urged Martinez to meet with educators to hear their concerns, saying “it is clear that Mr. Martinez has a tall task ahead of him from day one.”

Even before the pandemic, the district had a tumultuous few years. Jackson took office following scandals involving two predecessors and led the district during an 11-day teachers strike in 2019.

Martinez defended his record in San Antonio, where he clashed with the teachers union, including over charter schools.

Lightfoot also said she was confident in his work after reporters asked about him being briefly dismissed in 2014 from a Nevada schools job. Martinez returned to work in Nevada’s Washoe County after the firing was found to be illegal; the district paid him a settlement.

Martinez said he and his family were excited to move back to Chicago.

“The process you developed gave me an opportunity as somebody from Chicago, an immigrant kid, to come back home and to come to this dream job,” he said. 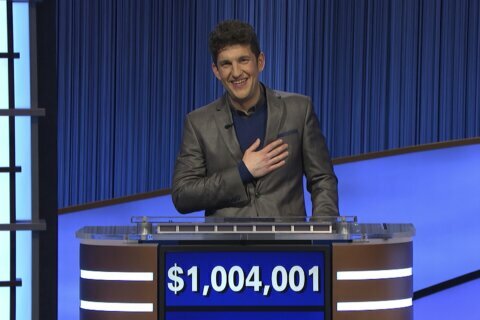