IOWA CITY, Iowa (AP) — Iowa announced Thursday it will become the first Power Five school to add a women’s wrestling program and it will begin competition in the 2023-24 season.

A search for a head coach will begin this fall.

The NCAA recognized women’s wrestling as an emerging sport in all divisions in 2020. There are 45 women’s intercollegiate wrestling programs, including five in Iowa.

The sport is growing at the high school level — 32 states have a sanctioned girls high school wrestling state championship. Girls wrestling is not sanctioned by the two high school athletic associations in Iowa, but has a state tournament sponsored by the Iowa Wrestling Coaches and Officials Association. More than 600 girls participated in wrestling in Iowa last season.

The Hawkeye Wrestling Club has been sponsoring female wrestlers since 2017. Terry Steiner, the U.S. women’s national coach, won an NCAA individual title and was part of three NCAA championship teams when he wrestled at Iowa in the early 1990s.

“Women’s wrestling is awesome,” Brands said. “There are little girls around the country, around the planet, who are going to see this. It’s that impactful.”

Brands has long supported female wrestling, telling the NCAA Board of Governors in a 2017 letter that “it is long overdue for women to share in the opportunities of this great sport.” The university’s new wrestling building planned for construction in 2022 includes training facilities.

“Frankly, Tom was in my ear three, four, five years ago saying, ‘Come on boss, let’s go. Let’s get women’s wrestling added,’” Barta said. “We were not ready to do that yet, but we were watching it.”

Brands will be involved in the coaching search, but he emphasized the women’s program will be separate.

A settlement currently being finalized in a Title IX lawsuit filed by several women’s swimmers after those cuts included the addition of a women’s sport.

Women’s wrestling can offer 10 scholarships that can be divided among participants. The roster size is expected to be 30-35 wrestlers. 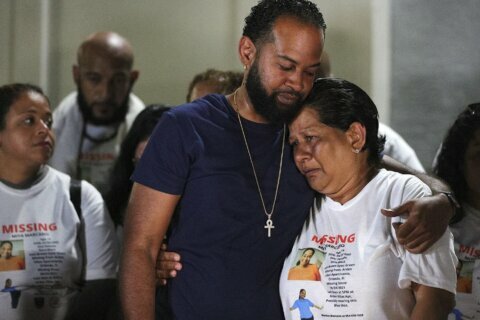