A Connecticut high school that recently resumed full in-person learning for the first time since the onset of the pandemic sent students home temporarily for remote learning — not because of the virus, but rather issues with misbehavior.

New Britain High School, in suburban Hartford, is “hitting the refresh button” and will restart the school year, Principal Damon Pearce wrote in a letter late Tuesday to students and families.

Pearce initially said instruction would be done remotely through the end of this week, but the district later notified parents that students would be welcome back Thursday for a half-day.

Vilmaris Diaz said the switch left her daughter, a junior at the high school, in disbelief. Diaz said that her daughter much prefers in-person learning and that the change left families, including hers, scrambling to rework their schedules.

“I’m assuming the behavior we are dealing with may be slightly worse than what we’ve had in the past because of the pandemic, and kids’ adjustments, but I don’t think it was a reason for us to attempt to go remote for three days,” Diaz said.

Mayor Erin Stewart said she was told the school made its decision because of difficulties controlling student behavior, particularly vandalism and fighting.

“I’m disappointed in this decision, it’s not fair to the majority of students who behave respectfully and want to be in school to learn,” Stewart, a Republican, said in a Facebook post. She said rule breakers should face consequences, including removal from school, and she offered the assistance of the New Britain police.

As students return to schools after a year and a half of learning disrupted by the pandemic, many districts have reported issues with behavior, including vandalism promoted by a viral TikTok challenge.

Since New Britain’s school year started two weeks ago, students have had to adjust to being at a school with over 2,000 pupils, Pearce said. Many did not come into school buildings at all last year because of the coronavirus. Those that did attended a school that had less than 500 students present most of the year.

The problems involve 50 to 60 students, school officials said. Officials were using the opportunity of the remote day on Wednesday to develop plans to better engage the students, some of whom had been largely off the school’s radar for 18 months, Superintendent Nancy Sarra said at a news conference.

A spokesperson for the state Department of Education, Eric Scoville, said the district’s actions conflicted with state guidance that does not recommend a move to full remote learning. He said that there have been discussions with local officials and that the state will provide help responding to the behavioral health needs identified by the district.

In his letter Tuesday, Pearce urged parents to speak with their children about “acceptable and appropriate behavior” in school. 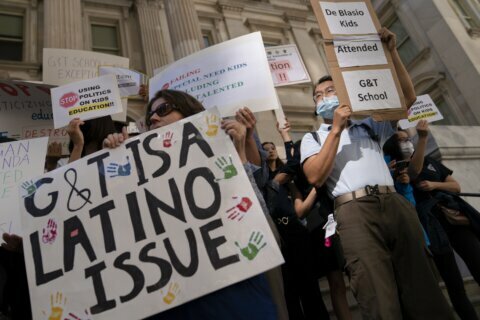 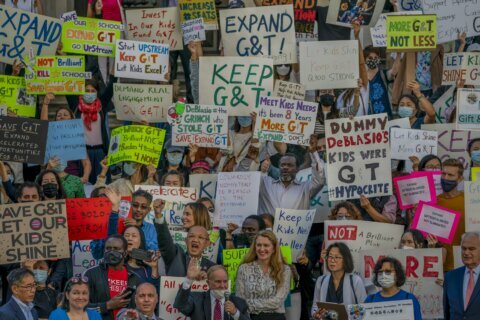 Schools debate: Gifted and talented, or racist and elitist?