COLUMBIA, S.C. (AP) — A South Carolina high school will remain closed the rest of this week after three students leaving school for the day were shot and wounded Wednesday in the parking lot.

The three Orangeburg-Wilkinson High School students did not suffer life-threatening injuries, the Orangeburg County School District said in a statement. Officials did not update their conditions Thursday.

The suspect is a 14-year-old who was arrested about an hour later still on campus, Orangeburg County Sheriff Leroy Ravenell said.

His name was not released because of his age, but Ravenell said Thursday he is discussing with a prosecutor about having the juvenile charged as an adult with assault and battery with intent to kill.

The sheriff would not say if the teen was a student at the high school or if he was targeting the three people who were shot.

Ravenell did say he thinks other people will be charged in connection with the incident, but didn’t give details.

Investigators initially called it a drive-by shooting, but Ravenell said Thursday the shooting took place in a back parking lot.

The shooting happened on the third day of classes at the high school in Orangeburg, about 50 miles (80 kilometers) south of Columbia.

The training given to teachers on how to stop heavy bleeding and what to do when someone starts shooting kept the incident from being worse, Orangeburg County schools superintendent Shawn Foster said.

“We plan for these things, hoping we never have to use them,” Foster said.

As Foster spoke Wednesday, a voice on a loudspeaker in the background could be heard reading a continuous stream of names to report to the front office as teachers and staff worked to reunite students with parents.

All 308 students who remained on campus at the time of the shooting were rounded up and taken to safe places, where deputies and others spoke to them to make sure everyone was accounted for, Ravenell said.

Hundreds of parents rushed to the school as news of the shooting spread, and a number were frustrated they could not immediately see their children.

After finding out her 15-year-old son was safe, Tomekia Griffin told The Times and Democrat of Orangeburg that rising gun violence adds another worry about sending her child to school in person.

“I’m going to see if I can sign him up for virtual,” Griffin told the newspaper.

Foster said the school district can’t take any more virtual students because of an item in the budget passed by South Carolina lawmakers this summer that removes a significant amount of state money from a district’s budget if more than 5% of students take classes online.

Orangeburg-Wilkinson High School will be closed the rest of the week, but there will be counselors at a nearby technology center and available online for students, officials said.

The school also moved Friday’s football game from its campus to their opponent’s field in Beaufort County.

Ravenell praised teachers and other school employees for making sure the shooting did not end up worse.

“Because of their quick actions and different things they did out there at the school today, I believe that saved lives and other students being injured,” the sheriff said. 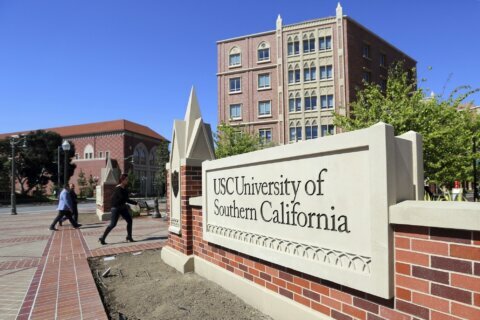