STORRS, Conn. (AP) — The University of Connecticut has reversed course on a controversial budget cut, announcing it will keep its women’s rowing program for at least the next two years.

The move, announced Thursday night, comes after a federal judge issued a temporary restraining order in May that prevented the school from dissolving the team at the end of this past season.

U.S. District Judge Stephen Underhill ruled rowers were likely to prevail in their lawsuit, which alleges eliminating the team would violate Title IX, the federal law that guarantees equal access to women in education, including athletics.

“We have agreed to reinstate the women’s rowing team for two years and to stay the pending litigation initiated by members of the rowing team,” the school said in a statement. “During this time, we will conduct a more detailed assessment of the costs associated with possible program upgrades and work to secure the potential long-term reinstatement of the rowing program.”

The school plans to add scholarships, increase the program’s recruiting budget and work to upgrade its equipment and facilities, both sides said.

Maggie Mlynek, one of 12 rowers who brought the lawsuit, said being able to break the news to her teammates made the struggle worth it.

“I cannot wait to see what the program looks like in 10 years,” said Mlynek, now a UConn graduate.

“This decision demonstrates that the university is at the forefront of women’s athletics and I am very excited to see the progress that UConn makes not only within their own women’s programs but the model that they are setting for other universities,” she said.

Rowing coach Jennifer Sanford said she is excited to work with the school to restore the program and expressed pride in the fight put up by her team and its alumni.

“This past year’s team in particular showed great strength, courage, determination, and perseverance as they navigated through the pandemic and the team being cut,” she said. “The returning rowers and coaching staff are going to take full advantage of this opportunity.”

UConn announced the elimination of the team in June, 2020, saying it needed to reduce its $42 million athletic deficit by about $10 million a year, cutting the need for a subsidy to the athletic department by 25% over the next three years. The school decided to cut women’s rowing, men’s swimming and diving, men’s cross-country and men’s tennis at the end of this school year.

The school said it considered the civil rights implications before making that move.

According to the school’s annual filing with the NCAA, the rowing team has a roster of 38 rowers but had 62 participants in the program and operating expenses totaling $1,345,104 in the 2020 fiscal year. UConn rowing gave at least partial scholarships to 32 rowers at a cost of $713,417 and its coaches earned a total of $196,575, according to the report.

Underhill found compelling evidence that UConn has been inflating the numbers of participants in its women’s programs to make it appear it was complying with the law. He also wrote that the evidence presented in court during a hearing last week also showed UConn experienced participation gaps each year for the past 13 years.

UConn said the original decision to eliminate the rowing team stemmed in part from a determination that major and costly repairs would be needed to program’s privately owned boathouse on Coventry Lake.

“UConn takes pride in being a destination school for female athletes and as we continually review our responsibilities under Title IX, we will work to support the rowing team in its upcoming seasons,” the school said.

Ashley Kalinauskas was among a group of rowing alumni that filed an initial Title IX complaint with the U.S. Education Department over the decision to eliminate the program. She said they plan to provide financial support to help make any needed improvements to the facilities and keep the program going.

“Not only UConn alumni, but rowing alumni from across the country, we all came together to support this team,” she said. “It’s about being able to have equitable sports for women.” 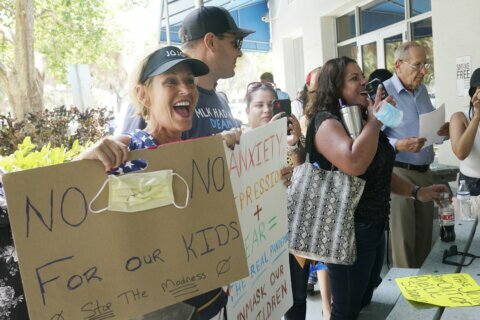