The NCAA has taken another hit in court, this time at the highest level, and yet insists it is an…
Listen now to WTOP News WTOP.com | Alexa | Google Home | WTOP App | 103.5 FM

The NCAA has taken another hit in court, this time at the highest level, and yet insists it is an isolated setback and not a major step toward bringing down its version of amateurism.

Legal analysts agree with that — at least until the next court challenge comes. And they seem sure to come.

The Supreme Court ruled unanimously the NCAA cannot impose caps on education-related benefits schools provide to their athletes because such limits violate antitrust law. NCAA President Mark Emmert took solace in the court still protecting the organization’s right to govern as the nation’s largest and by far most powerful overseer of college athletics.

“The case also went to great lengths to point out the authority the association has in these and a variety of other areas and if we wanted broader authority than we currently have then we could and should work with Congress,” Emmert told The Associated Press after Monday’s decision.

What the high court did do was leave the NCAA exposed to future legal challenges over its rules prohibiting pay-for-play in college sports. It also delivered a heavy blow to a defense the NCAA has used for years, that in its role as a shepherd of amateur sports it deserves “latitude” under antitrust laws.

“I think it’s the beginning of the end on restrictions on compensation to student-athletes,” said Steve Berman, one of the plaintiffs’ attorneys. “The NCAA is going to have to deal with the modern world, and I don’t think it’s going to affect its product because I think consumers realize the injustice of the system, where coaches and league (commissioners) make millions and millions and the kids get very little. If the kids get paid something it’s not going to be the end of NCAA sports.”

With the ruling, schools can now, conceivably, use educational benefits — maybe an internship or study abroad opportunities or various other trappings that come with going to school —- to compete for athletes on the recruiting trail.

That relatively narrow ruling was never expected to be a death knell for the NCAA. But the rare 9-0 decision has left the NCAA vision for college sports more vulnerable than ever.

“To sum up, in the short-term this is a relatively modest loss for the NCAA, but in the medium-term this could lead to the end of the NCAA’s amateurism model as we know it in the next antitrust case,” said Gabe Feldman, director of Tulane’s sports law program.

The NCAA has taken previous losses in court, such as the O’Bannon case about the use of athletes’ names, images and likenesses (NIL) and the original ruling in the Alston case that went to the Supreme Court. The NCAA always came away nicked up but not knocked out.

O’Bannon led to schools being allowed to provide stipends to college athletes on top of scholarships. Meanwhile, the NCAA has taken years getting around to amending its NIL rules and that process is bogged down with state lawmakers forcing the issue in a matter of days. The NCAA is weighing multiple options moving forward while awaiting desperately needed help from Congress.

The NCAA hoped a win in Alston could end the seemingly endless lawsuits. Instead, the court flung the door open for more challenges. Justice Neil Gorsuch wrote in the majority opinion that the last Supreme Court ruling regarding college sports —- NCAA vs. the Board of Regents of the University of Oklahoma back in 1984 —- could no longer be used as shield for the NCAA.

“And in one sentence the Supreme Court (Monday) said Board of Regents is not binding on the court and does not provide any support by the NCAA,” Feldman said.

“The bottom line is that the NCAA and its member colleges are suppressing the pay of student athletes who collectively generate billions of dollars in revenues for colleges every year. Those enormous sums of money flow to seemingly everyone except the student athletes,” he wrote.

“Gorsuch started it and Kavanaugh came in for the kill,” said Darren Heitner, a Florida sports law attorney who helped craft the state’s NIL law that is one of several set to take effect July 1.

Berman has previously sued the NCAA over transfer rules, length of athletic scholarship and has already filed a lawsuit challenging the NCAA’s proposed changes to NIL rules.

“This gives us greater leeway in that case,” Berman said. ”Justice Kavanaugh’s concurrence suggests that all the rules should be attacked and there is no defense for any of them.”

NCAA attorney Jeffrey Mishkin was quick to point out that Kavanaugh’s opinion was not binding, none of the other justices signed on to it, and that speculating about what comes next is a fraught exercise. He added the NCAA still has the authority to define educational benefits.

“The Supreme Court is always very careful to decide the case in front of it,” Mishkin told the AP. “And what it means for future cases, we’re all going to have to wait for future cases to see.”

Kavanaugh wrote the NCAA could look for a legislative solution to its antitrust issues. The association has refrained from asking for broad antitrust protection and lawmakers have shown no inclination to award that anyway. Now those conversations in Washington could shift.

“I would hate to be legal counsel for the NCAA today,” Heitner said. 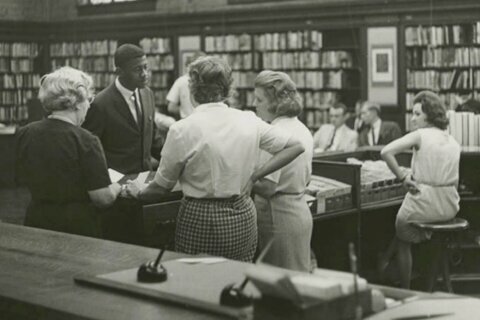 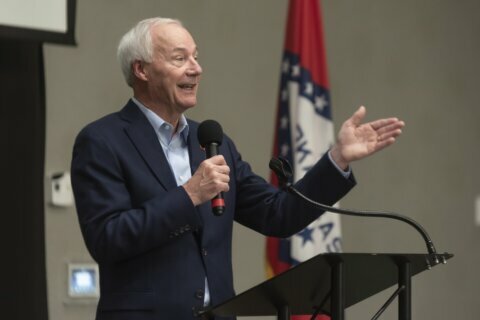