LANSING, Mich. (AP) — The investigation of Michigan State University’s handling of disgraced sports doctor Larry Nassar is over because the university has refused to provide thousands of documents related to the scandal, Michigan’s attorney general said Friday.

Dana Nessel’s announcement came after the university said it would not change its position that the documents are protected by attorney-client privilege.

“The university’s refusal to voluntarily provide them closes the last door available to finish our investigation,” Nessel, a Democrat, said. “We’re incredibly disappointed that our work will end this way, especially for the survivors.”

Nassar was a campus doctor who is now serving decades in prison for sexual assault and child pornography crimes. He molested women and girls, especially gymnasts, under the guise of treatment. They were MSU athletes, U.S. Olympic gymnasts and young elite gymnasts in the Lansing region.

For more than two years, Nessel had asked MSU to release more than 6,000 documents to help shine a light on what the school knew about the abuse. Brian Quinn, vice president of legal affairs, issued a statement Friday, reiterating that the university would not comply, citing attorney-client privilege.

Nessel has pointed out that it was the university that requested the investigation because of widespread public outcry.

“The attorney-client privilege is a fundamental legal right that applies to all individuals and institutions in the United States,” said Dianne Byrum, chairwoman of MSU’s governing board.

“The scope of the privilege is narrow. The attorney-client privilege only applies to confidential communications by a client to its attorney that are made for the purpose of obtaining legal advice,” Byrum said. “It does not protect against the discovery of facts. Facts are not privileged.”

“When our universities refuse to lead, they miss the most important way they can teach,” she said.

Nonetheless, the Nassar scandal has caused wide ripples at MSU. The federal government in 2019 ordered the university to make sweeping changes and pay a $4.5 million fine after determining that it failed to adequately respond to complaints about Nassar.

Lou Anna Simon resigned as president in 2018 and was subsequently charged with lying to investigators about what she knew about Nassar. The case was dismissed by a judge, a decision that Nessel has appealed.

Former gymnastics coach Kathie Klages was convicted of lying to investigators when she said she didn’t get complaints about Nassar. Nassar’s former boss, William Strampel, was convicted of neglect of duty.

On Thursday, 47 state legislators called on MSU trustees to release documents, as have members of the university community and victims of Nassar’s assaults. 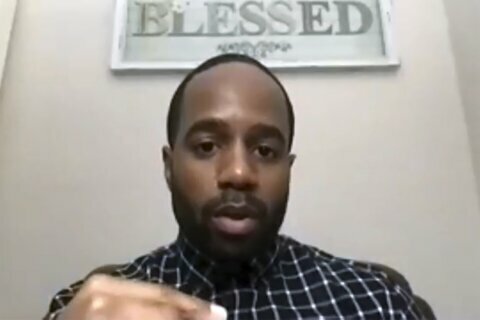