MERIDEN, Conn. (AP) — Jill Biden, the teacher in the White House, along with new Education Secretary Miguel Cardona went back to school Wednesday in a public push to show districts that have yet to transition back to in-person learning that it can be done safely during the pandemic.

“Teachers want to be back,” the first lady said after she and Cardona spent about an hour visiting classrooms and other areas at Benjamin Franklin Elementary School in Meriden, Connecticut. “We want to be back. I’m a teacher. I am teaching virtually.”

Biden is a veteran community college English professor who is now teaching remotely from the White House. She said her students recently told her they can’t wait to be back in the classroom.

“But we just know we have to get back safely,” she said.

The trip was the first order of business for Cardona, Connecticut’s former education commissioner, who was sworn into his new Cabinet job only the day before.

Biden and Cardona also visited a Pennsylvania middle school on Wednesday. They were joined by the heads of two big teachers unions during the trip, Randi Weingarten of the American Federation of Teachers in Connecticut and Becky Pringle of the National Education Association in Pennsylvania.

The visits came as the clock ticks down on President Joe Biden’s promise to have most K-8 schools open for classroom instruction by the end of his first 100 days in office, or the end April.

To help nudge that along, Biden said Tuesday he is pushing states to administer at least one coronavirus vaccination to every teacher, school employee and child-care worker by the end of March.

The issue of vaccinating teachers became a flashpoint in school districts around the country as many teachers held the line and refused to return to their classrooms unless they were given the shots.

The Centers for Disease Control and Prevention did not include vaccinating teachers in its guidelines for schools to consider when reopening after months of teaching students remotely over computers.

“We must continue to reopen America’s schools for in-person learning as quickly and as safely as possible,” Cardona said. He said the president’s directive that teachers and school staff be vaccinated quickly will be “my top priority.”

Later Wednesday, Biden and Cardona visited Fort LeBoeuf Middle School in Waterford, Pennsylvania, where parents told them they appreciated that the school district had sought their opinion about reopening.

After shutting down in March 2020, the school with several hundred students in grades six through eight began welcoming them in-person, on a voluntary basis, starting in early September.

“I love that you have this holistic approach,” Biden said.

She and Cardona also visited a robotics class at the middle school and a class for students who need or want a little extra push.

Supporters of former President Donald Trump waved flags bearing his name and held their thumbs upside down as Biden‘s motorcade rolled away from the school. Abortion protesters held signs that said “Protect Every Child” and “Abortion is not health care.”

During the elementary school visit in Connecticut, Biden and Cardona saw kids seated some distance apart at individual desks, each one wearing a mask. See-through plastic partitions separated groups of four students who sat at half-moon-shaped tables. Hand sanitizer dispensers were available in the hallways.

“I love that,” Biden said after a teacher pointed out the partitions. The teacher also said her youngsters had “no issues” wearing the masks.

The school reopened in late August, Cardona said, and “it was done in a way that protected the students and their families.”

Biden asked the teacher in the sensory room whether she had seen anxiety in children increasing because of the pandemic. The teacher said she had.

Biden and Cardona later listened as another teacher described her transition back to in-person learning.

The school visit also served as a homecoming for Cardona, who is from Meriden and was so warmly praised that Biden referred to the welcome as a “love fest.” His parents were among those on hand in the school lobby for the remarks.

“Now our nation is going to have that love for you,” she said.

“Educators’ favorite three words are not ‘I love you’,” she joked. “It’s going to be Education Secretary Cardona.” 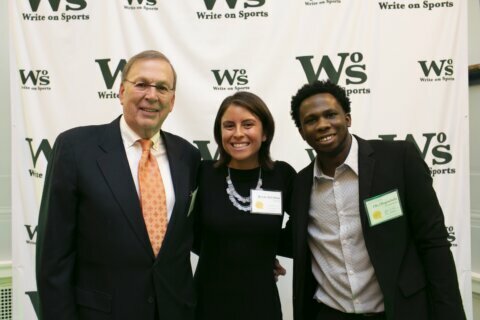 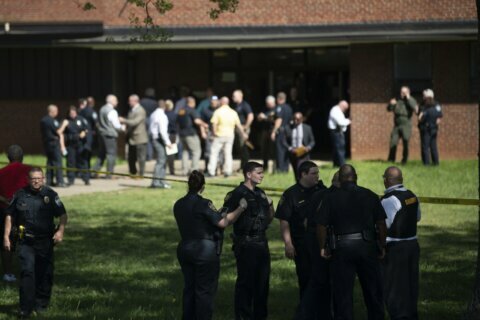