Black pastors have recently exited in dismay over what they see as racial insensitivity from some leaders of the predominantly white Southern Baptist Convention.
Listen now to WTOP News WTOP.com | Alexa | Google Home | WTOP App | 103.5 FM

As a student in college and seminary, then as a pastor in Texas, Dwight McKissic has been affiliated with the Southern Baptist Convention for more than 45 years. Now he’s pondering whether he and his congregation should break away.

If he does, he would be following in the footsteps of several other Black pastors who have recently exited in dismay over what they see as racial insensitivity from some leaders of the predominantly white SBC. Tensions are high after an election year in which racism was a central issue, and after a provocative declaration by SBC seminary presidents in late 2020 that a fundamental concept in the struggle against racial injustice contravenes church doctrine.

A crucial moment for McKissic and other Black pastors could come in June at the SBC’s national meeting in Nashville, Tennessee, if delegates rebuff their views on systemic racism in the U.S., and if Rev. Albert Mohler, a high-profile conservative who heads the Southern Baptist Theological Seminary, is elected SBC president.

Last year, even while announcing new scholarship funds for Black students, the seminary’s leadership declined to change the names of buildings at his seminary named after slaveholders. More recently Mohler played a key role in the seminary presidents’ repudiation of critical race theory — a broad term used in academic and activist circles to describe critiques of systemic racism

The presidents later apologized for not consulting Black pastors before issuing that repudiation, but Mohler told The Associated Press the presidents would likely have reached the same decision in any case.

The seminary leaders’ stance on critical race theory, as well as Mohler’s public support for Donald Trump in the 2020 election, “should disqualify him from being SBC president,” said McKissic, who has become one of the SBC’s most prominent Black pastors since founding the Cornerstone Baptist Church in Arlington, Texas, in 1983.

Some of the pastors who cut ties with the SBC in recent months also share negative views of Mohler. The Rev. Ralph West, whose Church Without Walls in Houston claims a weekly attendance of 9,000, called him “a polarizing figure” who would worsen divisions within the SBC.

Mohler suggested his critics do not reflect the opinions of most Southern Baptists, white or Black.

“I believe I represent the vast mainstream of conservative Southern Baptists on these issues,” he said. “I think I am polarizing only at the extremes.”

Regarding Trump, who had overwhelming backing from white evangelicals, Mohler said he consistently pointed out the former president’s flaws, but opted to endorse him based on his stances opposing abortion and defending religious liberties.

The SBC, the largest Protestant denomination in the United States. was founded in an 1845 split with northern Baptists over slavery and became the church of Southern slaveholders. Its membership of about 14.5 million remains overwhelming white — its predominantly Black churches claim a combined membership of about 400,000.

While the SBC formally apologized in 1995 for its pro-slavery past, and later condemned white supremacy, some tensions flared again after the Nov. 30 statement from six seminary presidents, all of them white. They declared that critical race theory was “incompatible with” central tenets of the SBC’s Scripture-based theology.

The statement swiftly created friction far beyond the realm of SBC academia, particularly due to the lack of Black involvement in its drafting.

Virginia pastor Marshal Ausberry, president of the organization that represents the SBC’s Black pastors, wrote to the presidents saying concepts such as critical race theory “help us to see and discover otherwise undetected, systemic racism in institutions and in ourselves.”

“The optics of six Anglo brothers meeting to discuss racism and other related issues without having ethnic representation in the room in 2020 — at worst it looks like paternalism, at best insensitivity,” Ausberry, first vice president of the SBC, elaborated in an interview with Baptist Press, the SBC’s official news agency.

The presidents apologized for not consulting Black pastors and met with some of them Jan. 6, but have not wavered in their rejection of critical race theory.

McKissic, who was in the Jan. 6 meeting, said the conversation was polite “but the outcome was not respectful to who Black people are in our history.”

He’s likely to remain in the SBC until the June meeting but is prepared to exit then if the delegates ratify the presidents’ stance on critical race theory as official policy.

“if they adopt that statement in June, it would be the feeling to me that people you trusted hit you in the face with a baseball bat,” McKissic said.

Another possible trigger for him would be if delegates rescind a 2019 resolution that included a positive reference to critical race theory, suggesting it could be useful as an “analytical tool” as long as it was subordinate to Scripture.

The Rev. Charlie Dates of the Progressive Baptist Church in Chicago, one of the pastors who have already severed ties, said the November statement was “the last straw.”

“When did the theological architects of American slavery develop the moral character to tell the church how it should discuss and discern racism?” Dates wrote in an op-ed for Religion News Service. “The hard reality of the seminary presidents’ statement is that Black people will never gain full equality in the Southern Baptist Convention.”

Other Black pastors who have cut ties include the Rev. Seth Martin, whose multiracial Brook Community Church in Minneapolis had been receiving financial support from the Southern Baptist association in Minnesota, and the Rev. Joel Bowman, who abandoned plans to move his Temple of Faith Baptist Church in Louisville, Kentucky, into the SBC fold.

“I genuinely believe the SBC is headed in the wrong direction,” Bowman said. “White evangelicals have gotten in bed with the Republican Party.”

Some white SBC pastors are also troubled, such as the Rev. Ed Litton of Mobile, Alabama, who is one of Mohler’s rivals for the SBC presidency. McKissic has endorsed Litton’s candidacy.

Litton was a co-signer of a statement by a multiethnic group of Southern Baptists last month which asserted that “some recent events have left many brothers and sisters of color feeling betrayed and wondering if the SBC is committed to racial reconciliation.” 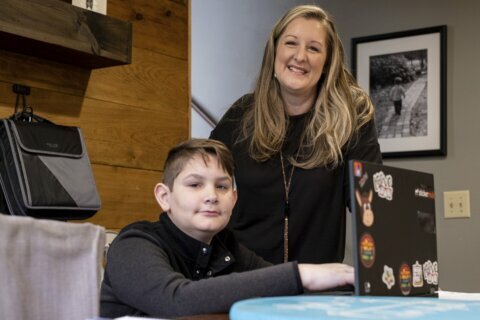 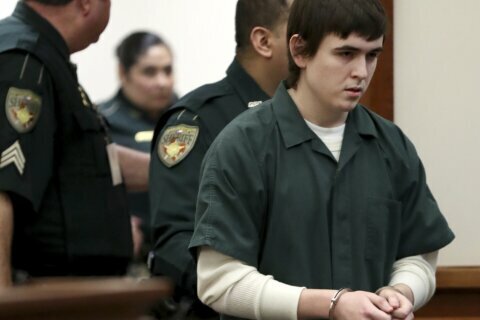