Eleven Republican senators saying they will not be voting Wednesday to confirm President-elect Joe Biden’s victory include Wyoming’s newly sworn in Sen. Cynthia Lummis, a Cheyenne-area rancher and former congresswoman.

Vocal opponents of any such move include Wyoming Rep. Liz Cheney, leader of GOP messaging in the House as its third-ranking Republican.

The split in this reddest of states — while Trump continues to make baseless and unsubstantiated claims of widespread voter fraud and voting irregularities — hints at possible trouble ahead for Republican unity once Biden is sworn in as president Jan. 20.

Trump will continue to hold sway over millions of people who voted for him. Through a new political action committee, he will be able to use much of the at least $170 million he has raised since the election to help or hinder the political fortunes of perceived allies or enemies for years to come.

In Wyoming, where Trump beat Biden by carrying a whopping 70% of votes cast, questions about political loyalty have riven Republican politics in recent years as it is. The Wyoming Republican Party has made party fealty a core issue and punished state party officials seen as disloyal.

“This is not about winning and losing. This is about being on the right side of history,” Wyoming GOP Chairman Frank Eathorne wrote in a letter urging Wyoming’s all-Republican congressional delegation to reject the electoral votes of states including Georgia, Pennsylvania, Nevada, Arizona, Wisconsin and Michigan.

The 2020 election “featured unprecedented allegations of voter fraud, violations and lax enforcement of election law, and other voting irregularities” wrote Lummis and 10 other senators led by Ted Cruz of Texas in a joint statement Saturday. They cited no evidence of those claims.

Liz Cheney over the weekend wrote a memo urging colleagues not to reject Biden’s win. Overturning state presidential election results would steal power from states and voters and establish a “tyranny of Congress,” Cheney added in a Facebook post Monday.

Cheney didn’t respond to questions about her political differences with Lummis, who downplayed their significance.

“Republicans are the party of free and open debate and while we disagree from time to time, we will always come together to fight for the needs of Americans across the country,” Lummis spokesman Darin Miller said by email.

Wyoming Sen. John Barrasso and Gov. Mark Gordon, both Republicans, have shied away from commenting on the election. A Barrasso spokeswoman declined comment.

The full Wyoming delegation including Lummis recognized Biden as president-elect after the Electoral College certified the election results Dec. 15.

“It’s unfortunate that dishonest attacks on the integrity of the election process have created this rift in the Republican Party, nationally and in Wyoming,” said Chris Merrill, director of the Equality State Policy Center government watchdog group which advocates for a state income tax and other left-leaning issues.

“It’s hard to know if we’re hearing from a very loud and visible fringe who don’t represent rank and file members, or if we’re witnessing the result of some sort of true shift and true new movement in the Republican Party,” Merrill added.

A political analyst, however, doubted that Wyoming’s top Republicans ultimately have much at stake with loyalty to Trump.

“Cheney and Lummis and Barrasso all have solid political bases in the state. It’s very difficult for anybody to challenge any of the three. I just don’t think that’s going to play out in Wyoming,” University of Wyoming political science professor Jim King said.

Wyoming isn’t the only red state with deep divisions about contesting the election. In Utah, Republican Sen. Mitt Romney is part of a bipartisan group of senators condemning the efforts to overturn the election. Meanwhile, newly elected Rep. Burgess Owens and Rep. Chris Stewart are among the House members planning to challenge the electoral college vote.

The proceedings are typically a formality and Democrats have lodged their own objections to the Electoral College results in the past but nothing on this scale, with over 100 Republicans in the House joining Trump’s supporters in the Senate.

Though Wyoming voted overwhelmingly for Trump in 2020 and 2016, the state embraced Trump reluctantly. In 2016, Republicans in Wyoming initially backed Cruz over Trump almost unanimously for the GOP presidential nomination.

Lummis, then Wyoming’s lone U.S. congressperson, said that year she would be “holding her nose” when she voted for Trump. She has since become an outspoken supporter who once interviewed to be Trump’s Interior secretary. She won the president’s endorsement last year.

Lummis beat a little-known Democrat to win election with almost 73% of the vote Nov. 3. She succeeded four-term Republican Sen. Mike Enzi, who was known for focusing on areas where politicians from both parties can agree and has not commented on Trump’s effort to contest the presidential election.

Lindsay Whitehurst in Salt Lake City contributed to this report. 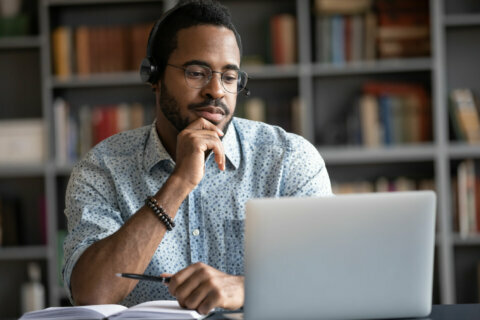