IOWA CITY, Iowa (AP) — With Iowa hospitals filling up, Republican Gov. Kim Reynolds dropped her longtime opposition to a statewide mask mandate and enacted a limited version of one on Monday.

Reynolds signed a proclamation requiring that everyone 2 or older must wear masks when in indoor public spaces. The mandate applies only when people are within six feet of others for 15 minutes and they aren’t members of their households.

Reynolds also limited gatherings for social, community, business and leisure purposes to no more than 15 people indoors and 30 outdoors, saying the restriction applies to family events. Routine office and factory work and spiritual gatherings were exempted, although she urged employers and churches to take precautions.

Reynolds rejected calls to close bars and restaurants for in-person service and instead ordered that they cannot stay open past 10 p.m. She suspended youth and adult sports and recreational activities, except for high school, college and professional sports.

Reynolds announced the steps in a rare evening televised speech. She said they would not be easy or popular, but that they were necessary to fight a virus that was threatening to overwhelm the state’s health care system.

“If Iowans don’t buy into this, we lose,” she said. “Businesses will close once again. More schools will be forced to go online. Our health care system will fail and the cost in human life will be high. So now is the time to come together for the greater good.”

She said her new restrictions weren’t “about mandates” or government, saying there wasn’t enough law enforcement in the country to enforce the mask requirements or business restrictions.

Critics said they were too little, too late after the governor rejected calls for stronger action for months while attending campaign rallies that flouted public health guidance.

“These guidelines are long overdue and fall far short of what Iowans need to aggressively flatten the curve and relieve the stress on our overwhelmed hospitals and frontline workers,” Iowa Democratic Party Chairman Mark Smith said.

The speech marked a change of tone and policy for Reynolds, who weeks ago was joining President Donald Trump and other Republicans at crowded rallies where many people did not wear masks. The governor said the outcome of the election in which Republicans dominated state races validated her small government approach.

Since then, the pandemic’s toll has rapidly worsened. One in every 100 state residents received a COVID-19 diagnosis in the week that ended Sunday, even as others reported delays in getting tests or were awaiting results. That was the third-worst diagnosis rate in the nation, according to data from Johns Hopkins University.

A record 1,510 people infected with COVID-19 were hospitalized statewide, after another surge of new patients was reported Monday evening. The number hospitalized doubled in two weeks and was expected to increase further in coming days after a surge of infections. It included 130 people fighting for their lives on ventilators.

For months, Reynolds rejected the consensus of public health experts and refused to enact a statewide mask mandate, claiming one would be ineffective. But she said the rapidly rising number of hospitalized patients was not sustainable and changed her thinking.

Without stronger mitigation, she warned that medical care may not be available for those who need it for any reason.

University of Iowa Hospitals and Clinics in Iowa City was “very full” and making adjustments to free up beds for the most critically ill patients, a spokeswoman said Monday.

The public health department for Polk County reported over the weekend that hospitals in the Des Moines metropolitan area were also filling up in an “alarming and urgent” situation.

Staffing was a particular concern, as more workers are in isolation or quarantine due to community spread and others are exhausted from months of work fighting the pandemic.

The Iowa Department of Public Health issued an emergency Request for Proposals on Monday seeking a contractor to conduct contact tracing and case investigation services. The department announced that proposals were due Tuesday, saying outside help was needed quickly “due to the steady increase in case volume” that has overwhelmed its resources.

On Tuesday, Iowa is expected to hit the grim milestone of 2,000 deaths since the beginning of the pandemic.

For thousands of public school students, Monday marked the beginning of taking virtual classes from their homes. Several of the largest districts, including those in Des Moines, Cedar Rapids and Davenport, received waivers from the state last week to close in-person instruction for at least two weeks.

The rate of infection was highest in three rural counties that house state prisons where the virus has spread among inmates and staff. In Jones County, 741 inmates at the Anamosa State Penitentiary had tested positive — roughly 3 of every 4 incarcerated there, according to the Department of Corrections.

State prisons in Clarinda and Rockwell City were reporting hundreds more cases among inmates, and dozens of prison employees were also infected. 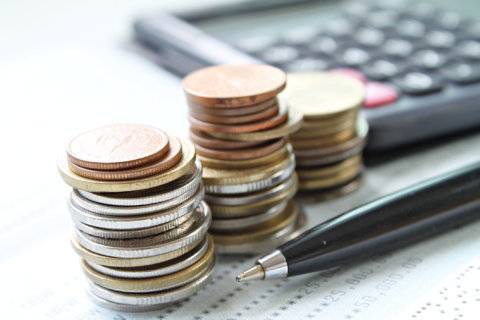