Teen arrested at Florida school after refusing to wear mask

WINTER SPRINGS, Fla. (AP) — The lawyer for the family of a 16-year-old boy who was arrested last month after refusing to wear a mask at a central Florida high school called the incident “government abuse” of a teen suffering from panic attacks.

The Winter Springs High School sophomore, whose name was redacted on the Sept. 17 report, was arrested after refusing to wear a mask and abide by other school rules, which violated a probation order that required him to maintain good behavior in school, the Orlando Sentinel reported.

Jose Rivas, the family’s attorney, said the teenager’s prior record didn’t justify what he viewed as an uncalled-for action.

“Should they be arresting a 16-year-old child knowing he already has a medical condition?” he said.

In a statement, Rivas’ law firm called the arrest “government abuse” and added, “We will be seeking just and fair compensation for the illegal arrest … and the harm that this action caused him.”

The boy’s mother told the newspaper her son has an anxiety disorder. She said he was arrested after going to the school office to ask for water because he was feeling panicky and was having trouble breathing in the mask.

“I couldn’t grasp it at first. Because of a mask?” the newspaper quoted the mother as saying. “I was just in a disbelief.” The Associated Press isn’t identifying the mother to protect the student’s identity.

A report from the Seminole County Sheriff’s Office states that the boy had been instructed to obey school rules as a condition of his probation. It did not say what he was on probation for. The report said that starting on Sept. 1 he refused to obey rules, including wearing a mask and social distancing, and that he received a warning. The report said he also was caught vaping in the cafeteria.

On Sept. 17, he was seen again not wearing a mask and refused to put one on. A deputy then arrested him and brought him to a juvenile detention center. The sheriff’s office told the newspaper the arrest was for probation violations, not violations of the school district’s mask rules.

By not wearing a mask, however, he was in violation of school rules. Masks are a requirement for students and staff on all Seminole County public school campuses during the coronavirus pandemic.

School Resource Deputy Adrian Richardson warned the teen that getting in trouble at school was a violation of his probation, the report said.

The student has not returned to the school. His mother said the family is moving and that he will complete an online education program.

“He just feels like they will target him again,” she said. “It’s really taken a toll on him.” 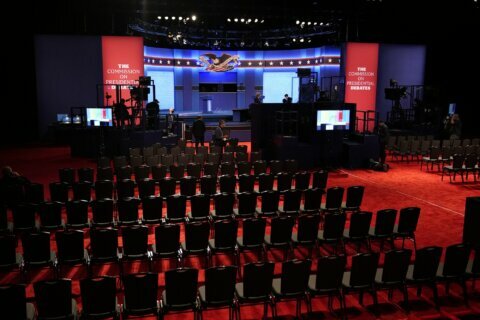 Mute buttons and masks: Inside the final 2020 debate 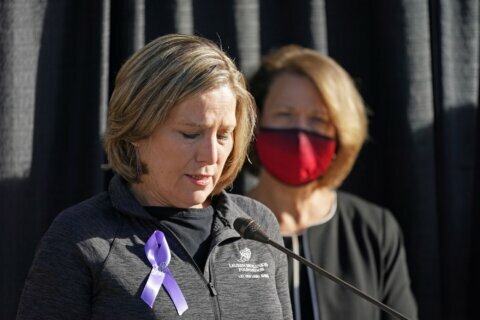