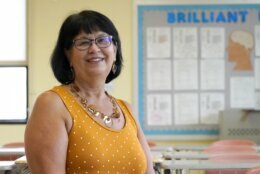 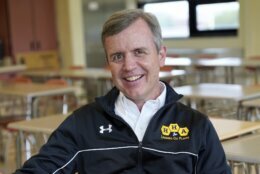 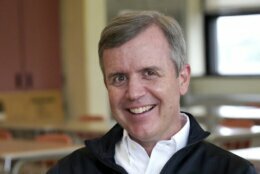 ANNAPOLIS, Md. (AP) — This pandemic has Geri Swann working her cell phone constantly as she deals with up to 100 emails a day seeking help for students and their families.

Finding them Chromebooks, and then buying eyeglasses for kids squinting at screens. Helping people get unemployment checks. Delivering groceries so a woman can feed her school-aged grandchildren while their parents recover from COVID-19.

This is what a community schools coordinator does — and as coronavirus infections cloud a new academic year, Swann has only been busier in support of the struggling families at her diverse Baltimore charter school.

“When we hit a rocky patch, we want a hand to guide us,” said Swann, who has built a reliable network during her 14 years at Hampstead Hill Academy. “Your community schools person is that hand, because if they’re truly doing their job they know the community. They know the resources.”

School districts nationwide are cutting back as states lose tax revenue due to coronavirus shutdowns, just when jobs like Swann’s have become key to academic success. Ohio Gov. Mike DeWine announced $355 million in cuts to K-12 in May. Georgia lawmakers cut funding for K-12 schools and higher education by 10% in June. Michigan narrowly avoided 25% cuts this month after tax collections improved and federal bailout money arrived.

Maryland was supposed to be an exception already, with its legislature approving a multi-billion-dollar 10-year school investment plan just as the outbreak was escalating in the spring.

Gov. Larry Hogan vetoed it, saying it’s too costly in these uncertain times. But Democrats have veto-proof majorities in both chambers, and are determined to override the Republican leader’s objections when they reconvene next year.

The widening opportunity gaps between low-income and affluent jurisdictions have “come full force to our attention through this pandemic,” said Senate President Bill Ferguson, a Baltimore Democrat.

The Blueprint for Maryland’s Future would fund free full-day pre-kindergarten for all 4-year-olds and for all low-income 3-year-olds, as well as counselors, tutors and after-school and summer academic programs. Commonly called “Kirwan” after William Kirwan, who chaired the state commission that spent three years preparing it, the blueprint also would raise teachers’ pay and boost college and career readiness.

Community school programs are just one part of the sweeping plan, which would expand them tenfold and statewide, to more than 550 schools where most students are so poor that they get free or reduced-price meals. About 50 schools have the programs now, mostly in Baltimore.

While Hogan’s veto blocked the legislation from moving forward for now, hundreds of millions of dollars in funding was already approved last year to begin implementing the ground-breaking plan, which by 2030 would cost about $4 billion more annually. And while some critics say the timing for a costly overhaul couldn’t be worse, supporters say improving equity in education is even more important.

“There’s a huge infusion in the early years of funds for tutors, particularly in the elementary schools, and so with all of the educational deficits that are being created because of the pandemic, having this cadre of tutors coming into the schools to help get kids caught up is exactly what is needed,” Kirwan said in an interview.

The plan was a top Democratic priority, and lawmakers say an override is likely, but they also are weighing difficult budget choices and waiting for the possibility of more federal help. Some spending may have to wait until later in the decade.

“The basic premise, the whole purpose of Kirwan, I think will be intact, but just maybe some modifications based on how we look budget-wise,” said House Speaker Adrienne A. Jones, a Baltimore County Democrat.

Separate legislation to improve online learning also will likely be taken up next year, Jones said.

Principal Matthew Hornbeck said Hampstead Hill Academy has received hundreds of thousands of dollars in federal, state and local grants in the last three months. But he called these Band Aids compared to what Kirwan could mean for his students, let alone for K-12 education statewide.

“If the conditions pre-pandemic merited the passing of Kirwan, the conditions mid-pandemic and certainly post-pandemic are crying out for Kirwan and the speedy overturning of the veto,” Hornbeck said.

Hogan praised its positive aspects, but his veto message last May said “the economic fallout from this pandemic simply makes it impossible to fund any new programs, impose any new tax hikes, nor adopt any legislation having any significant fiscal impact.”

The Kirwan commission built oversight and accountability standards into the blueprint, and worked with a think tank, the National Center on Education and the Economy, to compare Maryland’s public education policies with high-performing systems in Finland, Singapore, Canada and China, as well as Massachusetts, New Jersey and New Hampshire in the United States.

“What seems absolutely clear is that our nation is going to have to make a new investment, a reinvestment, in education, because we’re at risk of allowing children across the country to fall behind what are rather modest expectations — at least by international standards,” Kirwan said. 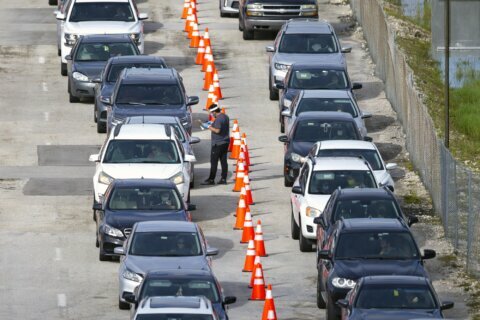