BEATTYVILLE, Ky. (AP) — John Ross worries about his children returning to their classrooms this fall with coronavirus cases rising in Kentucky, but he feels he doesn’t have much of a choice: His family’s limited internet access makes it nearly impossible for the kids to keep up with schoolwork from home.

“They’re going to have their education,” the father of three in rural Lee County said as he recalled his children’s struggles to do their work this spring over a spotty cellphone connection.

Lee County, a community of around 7,000 people deep in the Appalachian Mountains, is one of many rural school districts around the country where the decision over whether to bring students back into classrooms is particularly fraught. As in other places, parents and officials are concerned about the virus, but dramatically limited internet access here also means kids could fall seriously behind if the pandemic keeps them home again.

On average, the United States is still seeing about 1,000 deaths a day from the virus, according to data from Johns Hopkins University. The country has had more than 5 million confirmed cases and more than 167,000 deaths over the course of the pandemic.

Roughly 3 million students across the United States don’t have access to a home internet connection. A third of households with school-age children that do not have home internet cite the expense as the main reason, according to federal Education Department statistics. But in some rural places, a reliable connection can’t be had at any price.

The void is especially acute in eastern Kentucky. An AP analysis of census data shows that nearly half of students attending public school in Lee lack home access to broadband.

Many districts have been scrambling to set up paper-based alternatives to online instruction or create WiFi hot spots in school parking lots and other public areas. Kentucky’s two largest districts, in Louisville and Lexington, are starting the school year online and have pledged to give mobile hot spots to students who don’t have internet at home. Democratic Gov. Andy Beshear said this week the state is exploring ways to expand internet access in hard-to-reach areas.

But if school starts as scheduled on Aug. 24 in Lee, which serves roughly 800 students, there will be only two public WiFi hot spots in the county: one at the county courthouse, and another at the public library — both near downtown Beattyville, the county seat, and a good distance from the winding, tree-lined roads where most residents live.

Students aren’t the only ones who struggled this past spring. Some teachers had to go into their classrooms to get internet access, despite recommendations that they stay home, according to Lee County School Superintendent Sarah Wasson.

In an effort to accommodate those without reliable internet, students will submit their work periodically on USB drives. In between, teachers can check in with them over the phone.

The lack of internet access often dovetails with and is likely to reinforce other inequalities. Nationally, those without access are more likely to be students of color, from low-income families or in households with lower parental education levels. In Lee County, for instance, almost half of children live below the poverty line. As the pandemic stretches on, Americans with lower incomes who do have internet may struggle to continue to afford it.

“COVID-19 has shown cracks in the system where people have been left behind,” said Lee County Judge Executive Chuck Caudill.

Beattyville Mayor Scott Jackson remembers the fight more than a half-century ago to get clean, running water into the county. Now, he sees the internet as just as important, in order to help create jobs and encourage businesses to move into the empty storefronts on Beattyville’s main street.

Internet access has improved for some, as Peoples Rural Telephone, one of few internet service providers in the region, started expanding into the county around four years ago.

But for most residents of the more remote mountain hollers, like Ross’ family, the expansion won’t arrive in time for the start of school.

In the spring, Ross’ children, ages 12, 13, and 15, had to connect their laptops to the mobile hot spot powered by data on his phone. It didn’t always work. That meant they often had to complete hard-copy packets without access to online materials.

Ross is able to pay for data with what he earns from occasional construction jobs, but Comcast, AT&T and T-Mobile recently brought back some data caps, which could slow the speed of what little connection families like Ross’ have.

In Lee, like many other counties in rural Eastern Kentucky, there have been only a few confirmed coronavirus cases. As a result, some are pushing for school to start in person immediately, but others are more cautious. Ross wants officials to hold off until October in hopes the virus will subside.

Regina Mays, executive secretary to Mayor Jackson, said she and her husband will keep their children at home for the entire upcoming semester — even if the school begins offering in-person classes. She plans on taking them into the office with her a few times a week, so they’ll have access to a stable internet connection. Her children didn’t get credit for some assignments last spring because of issues with their satellite internet connection.

“I just worry that they’ll be so far behind in school and how long it will take for them to get caught back up, and what that means for their future,” she said.

Wasson, the superintendent, anticipates a new set of challenges when schools reopen in person: The district does not have a large pool of substitutes or enough staff to fill bus monitor positions.

Still, she would like to return to in-person instruction, with social distancing measures, since she knows the difficulty of learning from home.

“Imagine teaching a kindergartner for the first time how to write their letters and not being with them,” Wasson said. 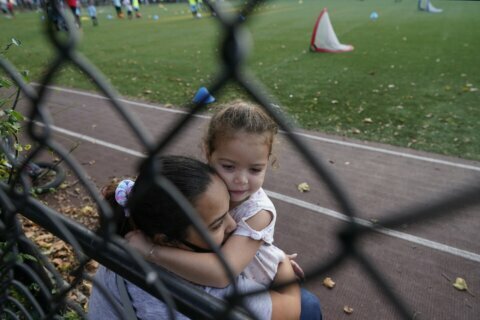 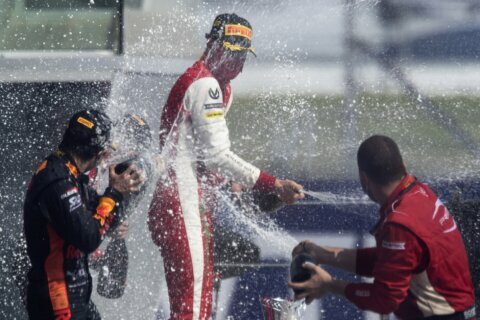