CHICAGO (AP) — False claims that Kamala Harris is not legally eligible to serve as U.S. vice president or president have been circulating in social media posts since 2019, when she first launched her Democratic primary campaign.

On Thursday, after Harris was selected by Democratic presidential nominee Joe Biden to serve as his running mate, President Donald Trump elevated the conspiracy while speaking to reporters from the White House podium.

THE CLAIM: Harris is ineligible to serve as vice president or president because her mother is from India and her father is from Jamaica. Trump said he “heard” the California senator doesn’t meet the requirements, adding, “I have no if idea that’s right.”

THE FACTS: That’s false. Harris was born on Oct. 20, 1964, in Oakland, California, according to a copy of her birth certificate, obtained by The Associated Press.

Her mother, a cancer researcher from India, and her father, an economist from Jamaica, met as graduate students at the University of California, Berkeley.

Since she was born on U.S. soil, she is considered a natural born U.S. citizen under the 14th Amendment, and she is eligible to serve as either the vice president or president, Jessica Levinson, a professor at Loyola Law School, told The Associated Press Thursday.

There is “no serious dispute” in the legal community around the idea that someone born in the U.S. can serve as president, said Juliet Sorensen, a law professor at Northwestern University.

“The VP has the same eligibility requirements as the president,” Sorensen said. “Kamala Harris, she has to be a natural-born citizen, at least 35 years old, and a resident in the United States for at least 14 years. She is. That’s really the end of the inquiry.”

Trump was asked directly about the social media posts by a reporter Thursday. “I heard today that she doesn’t meet the requirements,” Trump said in response.

The false claims first started circulating on social media in 2019, during Harris’ presidential campaign, and they were revived against last week, days ahead of her selection as Biden’s running mate. Facebook posts falsely said she would not be eligible to take over for Biden, because her parents were both immigrants.

“I can’t believe people are making this idiotic comment,” Laurence Tribe, a Harvard University professor of constitutional law, told The Associated Press at the time. “She is a natural-born citizen and there is no question about her eligibility to run.”

Trump was a high-profile force behind the so-called “birther movement” — the lie that questioned whether President Barack Obama, the nation’s first Black president, was eligible to serve. Only after mounting pressure during his 2016 campaign did Trump disavow the claims. 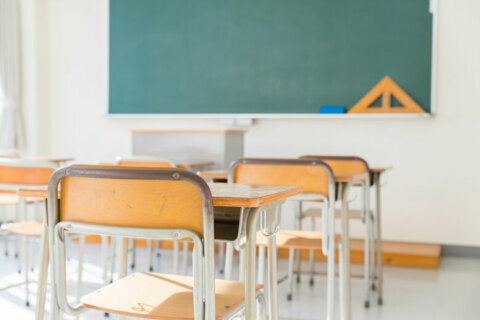 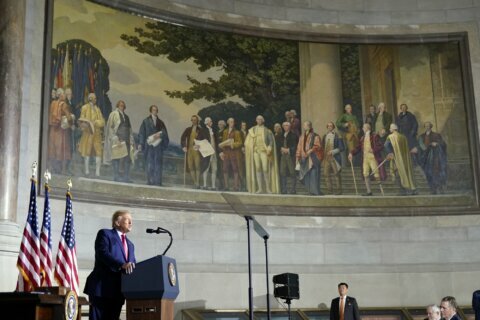 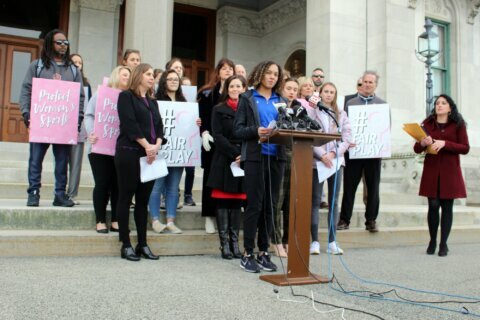