HARTFORD, Conn. (AP) — After a knock on his door, third-grade student Jamie-Lee emerged to see his school principal smiling at him from his doorstep. She held out her arms, offering a socially distant “air hug,” and told the boy how much she’d missed him since the pandemic closed their school building.

As they chatted, Principal Tayarisha Batchelor picked up on a clue to the question that brought her to the apartment. The boy was not looking up from a smartphone. Twice, she asked what he was doing on it before he confirmed her suspicions: He was playing video games.

“I like playing games,” Batchelor told the boy as his parents looked on, before suggesting he spend more time first on his daily schoolwork. “I want to make sure you’re still learning, OK?”

Nearly a third of her students at Rawson Elementary School in Hartford, Connecticut, have been unplugged from distance learning. On a Friday afternoon, as she visited some of their homes, she saw many of the reasons why: Internet service is unreliable. Parents are away at work. Some are uncomfortable with the technology. Still others think their children are doing fine when they are actually using the devices for other things.

As the academic year nears an end, districts around the country have been racing to get large numbers of no-show students back on track. It’s one thing not to participate this spring, when expectations are lower because of the crisis. It will be another if distance learning resumes in the fall, when the stakes are raised by the return of formal grading and attendance tracking.

Students who were struggling before the pandemic are the ones falling farthest behind. Across the Hartford school system, roughly 80% of students are at least partially active in distance learning. Among students considered most at risk because of issues including past absenteeism, disciplinary problems and poor academic performance, less than half are participating at all.

Batchelor made her first stop the home of a student whose mother works late, hoping to catch her. The girl’s older sister, a high school student, often watches her. But there was no answer at the door. Batchelor left a voicemail on the mother’s phone.

“How do we get in touch with the kids? This is it. This is like our last effort before the summer. For me it’s trying to figure out, what exactly is it that we’re missing?” Hartford Superintendent Leslie Torres-Rodriguez said. “First of all, are they safe? I just want to know if they are safe.”

Many districts report engagement has improved since the scramble of the March transition to distance learning, but it’s nowhere near full participation. Some students still have not been heard from at all.

At the 4,800-student Jamestown Public Schools in the southwest corner of New York, superintendent Bret Apthorpe said about 75% are engaged and most of the others participate at least somewhat. Around 1%, he said, have “fallen off the map.”

“Of everything through this virus, that probably has worried me the most,” said Apthorpe, whose district has been reaching out to students and their families through school administrators, counselors and, as a last resort, attendance officers.

At Clark County schools in Nevada, over 30% of students — or more than 12,000 — were unaccounted for in mid-April. Outreach efforts whittled the number to about 4,500 students by the of the school year in May. Some students needed computers and others had taken jobs, Superintendent Jesus Jara said.

On her visits to families in Hartford’s north end, an area with high poverty and low rates of home internet access, Batchelor brings books to give the children. She is accompanied by a representative from a community agency that helps families with food, clothing and finances.

School administrators decide among themselves who will visit families of low-activity students, based on who has the strongest relationships. The goals of the conversations with parents, Batchelor says, are to stress that school is still in session, to ask what the impediments are, and to gauge parents’ understanding of the process and the learning.

At Jamie-Lee’s house, his father, Oral Henderson, said his son was comfortable on the computer and, as far as he knew, the boy had been keeping up with his school lessons — despite a weak internet signal from a community provider. A restaurant worker who has been without a job amid the coronavirus scare, Henderson said it has been a challenging time for them all.

On the next home visit, Batchelor met a father who said he was uncomfortable with computers. His daughter was spending hours on the digital learning platforms, he said, but they were not able to figure out how to upload assignments.

“Don’t let that stop you,” Batchelor told the third-grader’s parents, assuring them the technical issue could be figured out later. “Just let her go in and do the things that she can do.”

For her part the girl, Nevaeh, said she was enjoying the online learning.

Batchelor said the effects of the disruption will not be clear until educators see students’ work in the fall, when she expects many will be dealing with various kinds of trauma from the months at home. Nationally, research has suggested the shutdowns could cost students the equivalent of a full school year’s worth of academic gains.

For now, Batchelor said, parents and educators have been doing their best.

“It’s important for people to know that people are shouldering up. People are working really hard to make it work. People are hopeful, people are resilient. And because of that, we are able to keep students engaged,” she said. “I have not been told by a parent, ‘Oh, we’re not doing this.’ They may be having a difficult time doing it, but parents want their students to succeed, and they want to work with us.” 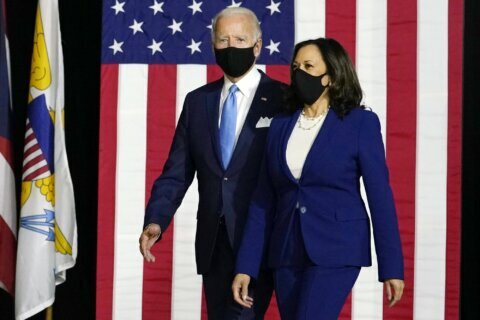 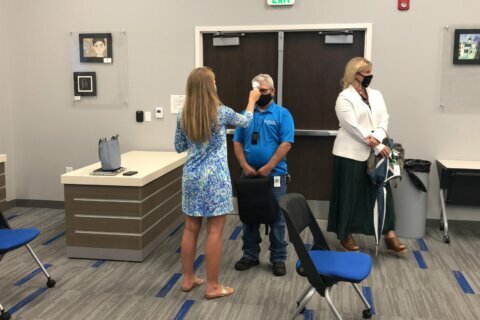