US Hispanic Catholics are future, but priest numbers dismal

PHOENIX (AP) — Maria Chavira, a senior administrator in the Diocese of Phoenix, says Spanish-speaking Catholic parishes in her area are “bursting at the seams” and celebrates the emergence of Hispanics as the largest ethnic component of the church nationwide.

Throughout the Southwest, where the surge has been dramatic, Roman Catholic leaders are excited by the possibilities — and well aware of daunting challenges.

Hispanics now account for 40% of all U.S. Catholics, and a solid majority of school-age Catholics. Yet Hispanic Americans are strikingly underrepresented in Catholic schools and in the priesthood — accounting for less than 19% of Catholic school enrollment and only about 3% of U.S.-based priests.

In the Phoenix diocese, there are than 700,000 Hispanics out of a total of 1.2 million Catholics. Yet out of more than 200 priests, Catholic researchers counted only seven American-born Hispanics.

Extensive efforts are under way to narrow the demographic gaps. They have been highlighted in a nearly completed four-year study by U.S. Catholic bishops seeking to strengthen the church’s engagement with Hispanics.

”We have a lot of opportunities,” said Chavira, who oversees the Hispanic Mission Office and other departments in the Phoenix diocese. “There may be a little turbulence ahead, but we’re going to make it.”

Chavira is among more than two dozen Catholic leaders and activists who shared their thoughts about the Hispanic Catholic phenomenon with The Associated Press, some in telephone interviews and others face-to-face during a reporting trip to Arizona and Texas’ Rio Grande Valley.

Evidence of the change can be seen each December, when thousands of Hispanic Catholics dance and march in downtown Phoenix to celebrate Our Lady of Guadalupe. It can be seen in fast-growing, heavily Hispanic communities in Phoenix’s western suburbs.

Nationwide, more than 1,200 Catholic schools have closed in the past decade, usually under financial stress. Yet in the suburb of Avondale, enrollment is surging at a handsome new Catholic high school.

The school, named for Pope John Paul II, opened in 2018. About 70% of its 220 students are Hispanic; plans call for rapid expansion to accommodate an enrollment of 1,000.

“We’re serving people who’ve been underserved in this nation,” said the principal, Sister Mary Jordan Hoover. “These young people are trying to learn to be the next teachers, the next administrators, writers, doctors. They’re dreaming big.”

The hopefulness contrasts with circumstances in some other regions. Hundreds of parishes have closed in the Northeast and Midwest. The clergy sex abuse scandal has forced more than 20 dioceses across the U.S. into bankruptcy since 2004, most recently in the Northeast.

The scandals haven’t spared the Southwest. The dioceses in Tucson, Arizona, and in Santa Fe and Gallup, New Mexico, are among those that declared bankruptcy.

But in states along the Mexico border, past scandals don’t diminish the excitement over a future Hispanic-accented Catholic church. More than 400 new parishes have opened since 1970 in the border states, and many Hispanic Catholics were elated by the recent election of Mexican-born Los Angeles Archbishop José Gómez as the first Hispanic president of the bishops’ conference.

An example of that challenge: 30-year-old Diego Piña Lopez of Tucson. He’s devoted his life to the Catholic tenet of supporting the dignity of all people, including asylum seekers who visit Casa Alitas, the Catholic-run shelter in Tucson where he works.

Growing up, he sometimes considered becoming a priest, but opted instead to pursue graduate degrees in social work and public health. Why not the priesthood? “I wanted to have a family,” he said.

One problem, said Ospino, is that Hispanics in the U.S. have lagged behind other groups in regard to college-level education, limiting the pool of young men qualified for seminary.

But even as the second and third generations of many Hispanic immigrant families do pursue higher education, other factors are at play.

“With those generations, there’s extremely heavy pressure to think more about economic success than the glory of God,” said Daniel Flores, bishop of Brownsville, Texas. “We need to teach them the concept of service, rather than you need to earn as much as you can.”

Overall enrollment in Catholic schools in the U.S. has plummeted in recent decades, from more than 5.2 million in the 1960s to about 1.73 million this year. Of the current students, only 18.5% are Hispanic.

Experts cite several reasons. Many Hispanics in the U.S. come from Latin American countries where private schools, including Catholic ones, are viewed as bastions of the wealthy. With tuition averaging more than $5,000 for elementary grades and $10,000 for high school, Catholic education in the U.S. seems unaffordable to many families. And many Catholic schools are losing students to charter schools which are able to access government funds for their operations.

All these factors are present in the Brownsville, diocese, where Catholic school enrollment has dropped sharply in recent years in the face of tougher competition from charter and public schools.

One of the elementary schools fighting to maintain its enrollment is St. Mary’s Catholic School. Its principal, Ana Gomez, says 95% of her 350 students are Hispanic.

She’s been able to keep enrollment stable with strategies taught by the Latino Enrollment Initiative, a program based at Notre Dame University. Tactics include ensuring that schools are culturally in sync with Hispanic families, and helping parents fit tuition into their budgets.

While the Hispanic population in the U.S. is sure to grow, the extent of the Catholic Church’s hold on them is uncertain. Last year, the Pew Research Center reported that U.S. Hispanics are no longer a majority-Catholic group, with 47% of them calling themselves Catholic, down from 57% in 2009. The number identifying as atheist, agnostic or “nothing in particular” increased from 16% to 23%; those identifying as Protestant rose from 23% to 26%.

Melba Salazar-Lucio, a professor and migrant-rights activist in Brownsville, says today’s Catholic Church seems too rigid for many Hispanics. Her mother no longer attends church, she said, and her three grown children are no longer practicing Catholics.

“There are other denominations — they have more music, younger pastors who are more accepting of people’s ways,” Salazar-Lucio said. “The Catholic church is not going to be changing with the times.”

At a migrant outreach center in Nogales, Mexico, abutting the Arizona border, Jesuit priest Sean Carroll ministers every day to asylum seekers who dream of joining the ranks of Hispanic Catholics in the U.S. 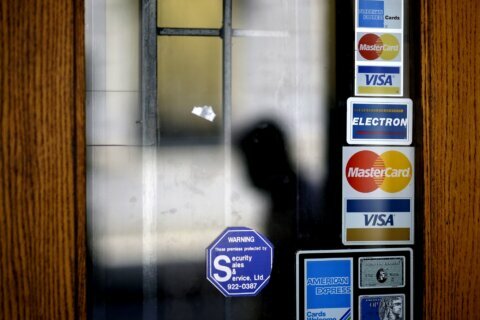 Make room on credit cards to add options in an emergency