CHAPEL HILL, N.C. (AP) — The University of North Carolina Board of Governors violated the state’s open meetings laws by…

CHAPEL HILL, N.C. (AP) — The University of North Carolina Board of Governors violated the state’s open meetings laws by secretly negotiating and approving a deal to dispose of a Confederate monument from the campus of the system’s flagship school, according to a lawsuit filed by a student newspaper.

DTH Media Corp., which publishes The Daily Tar Heel student newspaper on the UNC-Chapel Hill campus, wants a court to void two agreements between the Board of Governors and the state chapter of the Sons of Confederate Veterans, news outlets reported on Wednesday.

“The manner in which the meeting was noticed and conducted effectively prevented any member of the public, including those who may have attended the meeting, from understanding its purpose or outcome, much less raising questions or objections,” the DTH lawsuit said.

The deal has been denounced by students and faculty members as paying money to support white nationalism. UNC-Chapel Hill lost a $1.5 million research grant because of it.

“The University will review the claims and respond in court,” UNC System spokesman Josh Ellis said when asked for comment, according to The News & Observer. “The University is committed to the spirit and purpose of the Open Meetings Act and UNC Board of Governors meetings are conducted in full accordance with all state laws.”

Superior Court Judge Allen Baddour said last month that he is reconsidering his approval of the deal. Baddour approved an agreement on Nov. 27 in which the SCV agreed to take ownership of the “Silent Sam” statue and build a center to preserve it. The statue stood for more than a century on the Chapel Hill campus before protesters took it down in August 2018. The university agreed to put $2.5 million into a trust to help defray the costs of the new center.

In addition, UNC-Chapel Hill paid the SCV about $75,000 not to display Confederate flags or similar banners on any UNC system campus during any meetings or demonstrations for five years.

The deal was approved behind closed doors by the Board of Governors’ Committee on University Governance, which met via conference call the day before Thanksgiving without any notice. Twenty-two of the 24 board members were on the conference call, and at least one person on the eight-member committee opposed the deal.

When the committee returned to open session, it adjourned without public acknowledgment of the settlement, saying only that there would be a news release later in the day.

About 45 minutes after the board adjourned, the SCV filed a lawsuit against UNC over “Silent Sam,” and Baddour approved a consent agreement between the two sides within five minutes.

“The contents of the (SCV lawsuit and consent agreement) and the timing of their respective filings indicate that they were negotiated and drafted well in advance of their approval,” the DTH lawsuit says.

The lawsuit notes that no records of any meeting by the Board of Governors members who negotiated the deal have been produced, even though meeting notices and minutes are required of the group as a public body under state law. 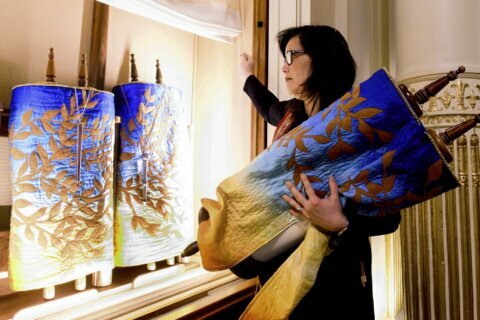 Stresses multiply for many US clergy: ‘We need help too’