OLYMPIA, Wash. (AP) — More than two decades after Washington state voters banned affirmative action, the question of whether one’s minority status should be considered as a contributing factor in state employment, contracting and admission to public colleges and universities is back on the ballot.

The Nov. 5 vote comes after the Legislature raced to approve Initiative 1000 on the final day of this year’s legislative session last April. Opponents of the measure collected enough signatures to force a referendum.

Referendum 88 asks voters to either approve or reject the measure that amends 1998’s Initiative 200, which was approved by 58% of voters. Under that law, state government is prohibited from discriminating against or giving preferential treatment to individuals or groups based on race, sex, color, ethnicity, or national origin in public employment, public education, or public contracting.

The initiative passed by lawmakers last spring would allow the consideration of being part of a minority group to be a contributing factor for a qualified applicant. Along with race, sex, and ethnicity, the measure allows consideration of age, disability and honorable discharge or military status.

It would prohibit using factors such as race as the sole qualifier and bans mandatory quotas but would allow state agencies and public colleges and universities to establish diversity goals and timelines. A commission would be created to direct and oversee compliance.

A 2017 opinion by the state attorney general said that I-200 “does not categorically prohibit all race- and sex-conscious actions regarding state contracting,” stating it only prohibits situations where race or gender is used to select a less qualified contractor over a more qualified one.

April Sims, co-chair of the Washington Fairness Coalition, said that I-1000 is needed because the fact that the attorney general was asked to weigh in shows that “the language in I-200 wasn’t clear.” She said voting to approve the initiative through next month’s referendum would clarify what state agencies and universities can do to diversify their workforce.

“It puts Washington state on par with the 42 other states that currently allow for affirmative action and increased opportunity and fairness for communities and people who have been left out and left behind for years,” she said. “This gives us the opportunity to level the playing the field.”

Washington is one of eight states — including California, Florida and Oklahoma — that ban affirmative action in state government and public colleges and universities, according to the National Conference of State Legislatures.

Ward Connerly, a former regent at the University of California who backed efforts in several states, including California’s 1996 ballot measure and Washington’s I-200, said he opposes I-1000 because the “most benevolent attempt to provide opportunities for some people will inevitably deprive opportunities for others.”

“That is not a sound public policy for any state to make,” he said.

U.S. Supreme Court decisions have allowed colleges to consider race as long as it is “narrowly tailored” to promote diversity and is just one factor among many. Racial quotas have been ruled unconstitutional.

Opponents who pushed to get the referendum on next month’s ballot argue the goals and timetables allowed under the new legislation are essentially quotas by another name.

“If you want to set a goal and if you want your agency or school to reach that goal, how can you not implement a quota?” asked Linda Yang, with the ‘Let People Vote’ campaign.

Former Democratic Gov. Gary Locke, who testified in support of the measure earlier this year, disagrees, saying that under I-1000, “You can have goals to motivate you to achieve that diversity but still you cannot achieve that diversity with any quotas, set-asides, or preferences for lesser-qualified individuals.”

Ballots were sent to the state’s nearly 4.5 million voters this week.

Washington is an all-mail-ballot state and ballots must be postmarked or deposited in local drop boxes by 8 p.m. on election night, which means final results might not be known for days after the election. 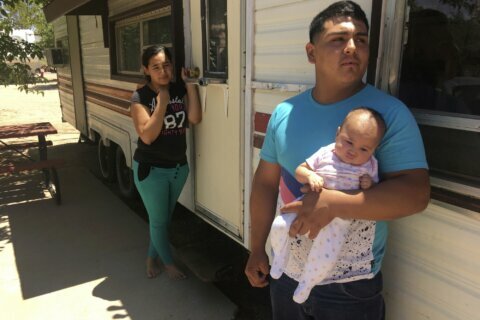 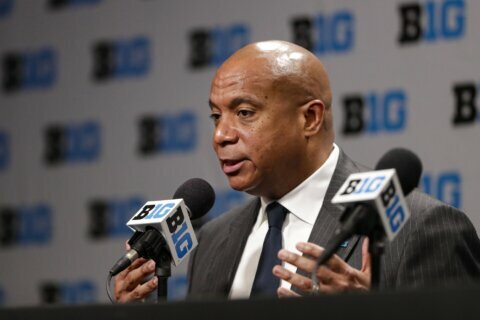