But it’s unclear if that effort will get any traction among lawmakers during next year’s legislative session, after a similar measure failed to make it to his desk earlier this year.

DeSantis announced he’d make another push for E-Verify legislation, identifying the matter as a legislative priority, while speaking to reporters at a press event in the Capitol organized by The Associated Press.

E-Verify legislation could again plunge Florida lawmakers into the politically divisive issue of immigration. It’s sure to be another hot-button issue during next year’s presidential campaign, particularly in a state like Florida with one of the country’s largest Latino populations.

“The best way to deter illegal immigration is to pursue E-Verify,” the governor said.

About two dozen states now tap into the E-Verify data. But some of them, including Florida, only require the verification for government jobs.

During his 30-mintue meeting with reporters, DeSantis outlined his agenda for the 2020 legislative session and breezed through his accomplishments in his first 10 months in office. He also noted a historic opportunity in the coming months to appoint more justices to the state Supreme Court because of the likely elevation of two current members to the federal bench.

In addition to establishing an E-Verify system, DeSantis said he would lobby lawmakers for teacher pay raises. He also plans to continue the work his administration has begun on the Everglades, eradicating algae blooms and improving water quality.

But appearing at the same event, some legislators expressed skepticism about some of his proposals. Senate President Bill Galvano later said he and his fellow lawmakers are not yet in a position to “commit to a specific number” when it comes to teacher raises.

On E-Verify, Galvano said he would approach the legislation cautiously.

“I expect that there will be a robust debate,” he said. “But the case is going to have to be made before it passes. It’s not guaranteed.”

An E-Verify proposal introduced in the state Senate — and already referred to a legislative committee for initial consideration — is sure to garner scrutiny, particularly among agriculture, construction, tourism interests and other industries that rely on immigrant labor.

If approved by the Legislature and signed into law by the governor, most Florida employers would be required to use the E-Verify system, an electronic portal operated by the U.S. Department of Homeland Security that confirms the eligibility of people to work in the United States. 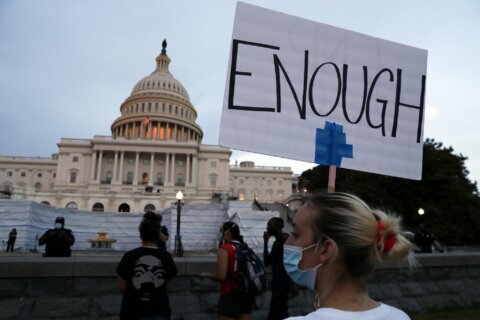 Wide shift in opinion on police, race rare in US polling