LANSING, Mich. (AP) — A judge on Monday ordered former Michigan State University President Lou Ann Simon to stand trial on charges that she lied to police about her knowledge of a sexual misconduct complaint against now-imprisoned sports doctor Larry Nassar.

The ruling came the same day the school revealed that a trustee resigned Saturday over the governing board’s decision last month to drop an independent review of Nassar’s assaults, despite having unanimously voted for the probe in June.

Nancy Schlichting, in a letter to Gov. Gretchen Whitmer, said it became clear to her that four trustees do not share the commitment by Schlichting and three other trustees to an independent review, including the release of documents protected by attorney-client privilege “so the truth can come out.”

“I deeply regret that my board service has been so short, but hope that the next appointed trustee will be able to make a greater impact than I have,” she wrote.

Eaton County District Judge Julie Reincke, meanwhile, found probable cause to send Simon to trial on two felony and two misdemeanor charges of giving false statements to law enforcement agents who accused her of impeding their investigation into one of Nassar’s sexual assaults and whether she or other university officials committed misconduct in office.

“We are disappointed by the district court’s ruling in light of the complete lack of evidence to support the charges against Lou Anna Simon. We plan to vigorously defend Dr. Simon and will be appealing the decision of the district court,” said Lee Silver, one of her lawyers. “We remain confident that we will ultimately prevail and that Lou Anna Simon will be fully acquitted of these charges.”

She is the third former school official to be ordered to trial.

Authorities have said Simon knew in 2014 that Nassar had been accused of molesting a patient at a campus clinic, and that she knew of the nature of the complaint. But Simon told police she knew only that a complaint had been filed against a sports doctor and did not become aware of the substance of the review that sparked the school’s Title IX investigation or the complaint’s nature until 2016.

“It is not credible to believe that Simon would have heard even the outline of Thomashow’s story and forgotten it,” Reincke wrote.

Nassar has been sentenced to decades in prison for sexually assaulting athletes, mostly female gymnasts, at Michigan State and a Lansing-area gymnastics club. Former Olympians said he also molested them in Texas and overseas while he worked for USA Gymnastics.

In September, a day before MSU Board of Trustees Chairwoman Dianne Byrum announced that the outside review was being scrapped, the federal government ordered the school to make sweeping changes and pay a $4.5 million fine for failing to adequately respond to complaints against Nassar.

Byrum said then that the board was split over “defining the scope of work” that was to be done by Chicago-based law firm McDermott Will & Emery to investigate and release a public report. A previous internal review led by New York-based firm Skadden, Arps, Slate, Meagher & Flom had come under criticism because the firm was also assisting the university in anticipation of civil lawsuits and facilitating cooperation with law enforcement following Nassar’s 2016 arrest. No report was made public.

Three Nassar victims who worked with the board to initiate the investigation — Rachael Denhollander, Sarah Klein and Sterling Riethman — have accused Byrum and three other trustees of a “betrayal.” They have called on new MSU President Samuel Stanley Jr. to use his executive authority to launch an internal probe, which they say is needed because the state attorney general’s criminal investigation and the U.S. Department of Education’s investigations cover “a small portion of what went wrong.”

Michigan Attorney General Dana Nessel, whose office is prosecuting Simon, has called for the school to waive its attorney-client privilege and release nearly 6,000 documents. Stanley has said it is up to the trustees, who have deadlocked.

“I’m sorry that she is stepping down, but I wish her much personal success and happiness with her other projects,” he said in a statement. “We valued her insight and contributions while she was with us.”

Schlichting was appointed last December by then-Gov. Rick Snyder to fill a vacancy. Whitmer will name someone to serve the rest of the term through 2022, when the seat will be up for election.

“She is committed to appointing someone who will work together with President Stanley and the remaining board members to build a campus culture that respects diversity, listens to survivors, and makes a college education more affordable and accessible for Michigan families,” said Whitmer spokeswoman Tiffany Brown. 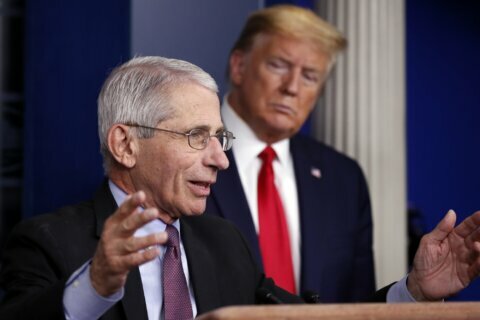 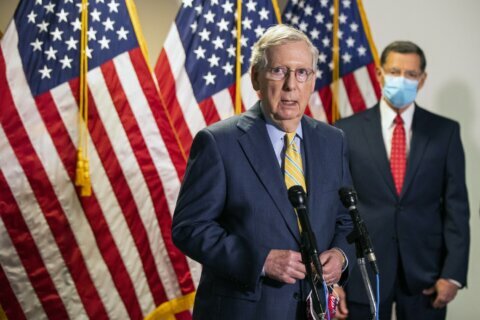 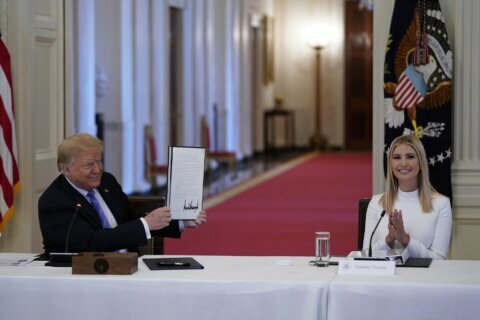