The NCAA Board of Governors has voted unanimously to allow amateur athletes to cash in on their name, image and…
Listen now to WTOP News WTOP.com | Alexa | Google Home | WTOP App | 103.5 FM

The NCAA Board of Governors has voted unanimously to allow amateur athletes to cash in on their name, image and likeness “in a manner consistent with the collegiate model.” The board’s principles and guidelines include:

— Making sure athletes are treated similarly to non-athlete students unless a compelling reason exists to differentiate.

— Having rules that are transparent, focused and enforceable and that facilitate fair and balanced competition.

— Making clear the distinction between collegiate and professional opportunities.

— Making clear there will be no compensation for athletic performance or participation.

— Reaffirming that athletes are students not employees of the university.

— Protecting the recruiting environment and prohibiting inducements to select, remain at or transfer to a specific school.

The NCAA also offered answers to specific questions on the topic:

Schools in each of the NCAA’s three divisions will provide feedback to the working group and prepare for future rules changes. The working group is expected to provide updated recommendations to the Board of Governors in April. The board also said the divisions can begin making any new rules immediately but no later than January 2021 — two years before a California law clearing the way for athlete endorsement deals takes effect.

NCAA membership determined that exploring this issue was an important step to support its athletes. NCAA leadership also determined a response was needed to federal and state legislative proposals “that would be harmful to a national, uniform college athletics model.”

WHAT ABOUT THAT CALIFORNIA LAW?

The NCAA said “it is critical that college sports are regulated at a national level.” The nation’s largest governing body for college athletics contends the California law and similar proposals in other states “ultimately would lead to pay for play and turn college athletes into employees,” blowing up the very “mission of college sports within higher education.”

WILL THE NCAA GO TO COURT?

The NCAA contends the California law “likely is unconstitutional, and the actions proposed by other states make clear the harmful impact of disparate sets of state laws.” The NCAA said all potential next steps are on the table. 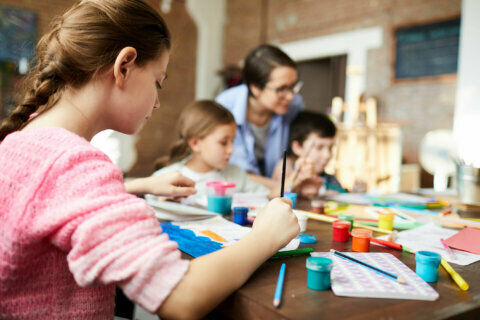