OxyContin maker Purdue Pharma and its owners expressed sympathy but not responsibility for the nation’s opioid crisis as the company filed for bankruptcy protection late Sunday night, part of a move to settle some 2,600 lawsuits — most from state and local governments.
Listen now to WTOP News WTOP.com | Alexa | Google Home | WTOP App | 103.5 FM

BOSTON (AP) — OxyContin maker Purdue Pharma has embarked on a multibillion-dollar plan to settle thousands of lawsuits over the nation’s deadly opioid crisis by transforming itself in bankruptcy court into a sort of hybrid between a business and a charity.

Whether the company can pull it off remains to be seen, especially with about half the states opposed to the deal.

The pharmaceutical giant filed for bankruptcy late Sunday, step one in a plan it says would provide $10 billion to $12 billion to help reimburse state and local governments and clean up the damage done by powerful prescription painkillers and illegal opioids like heroin and fentanyl, which together have been blamed for more than 400,000 deaths in the U.S. in the past two decades.

The plan calls for turning Purdue into a “public benefit trust” that would continue selling opioids but hand its profits over to those who have sued the company. The Sackler family would give up ownership of Purdue and contribute at least $3 billion toward the settlement.

It will be up to a federal bankruptcy judge to decide whether to approve or reject the settlement or seek modifications.

Two dozen states plus key lawyers who represent many of the 2,000-plus local governments suing the Stamford, Connecticut-based company have signed on to the plan.

But other states have come out strongly against it, arguing that it won’t provide as much money as promised, that the Sacklers are getting off easy and that the family has extracted a fortune from the company and hidden it away in shell companies and Swiss bank accounts.

“The Sackler family sucked billions of dollars out of Purdue and is now throwing the carcass of this drug company into bankruptcy,” said North Carolina Attorney General Josh Stein.

He and his counterparts in such states as Massachusetts, Pennsylvania and New York have said they will continue pursuing the company and the Sacklers in court.

The states in favor of the settlement include Tennessee, Texas and Ohio, where Attorney General Dave Yost said the deal is better than other possibilities.

“The settlement puts the Sacklers out of the drug business permanently — not just in the United States, but around the globe. It takes every last dime that Purdue has and billions more from the Sacklers personally,” Yost said.

“The only alternative involves years of additional litigation in the forlorn hope of getting more personal money for corporate conduct.”

In its bankruptcy filing, Purdue denied it is “seeking refuge” and said the settlement is the best way to deliver the most possible money to the public.

The company projected it will spend $263 million this year on legal expenses and other matters associated with the litigation, and warned that the continuing costs will only reduce the amount of money available to deal with the epidemic.

Federal Bankruptcy Judge Robert Drain in White Plains, New York, will have wide discretion over the case, including whether the states that don’t like the settlement can press on with their lawsuits. Drain is scheduled to hold his first hearing on the bankruptcy plan Tuesday.

“It is likely to change a fair amount by the time when the judge would rule on it,” said Lindsey Simon, a professor at the University of Georgia law school.

Simon said it is also possible the company could switch from Chapter 11 bankruptcy reorganization to Chapter 7 and liquidate the company if the plan looks as if it is falling apart.

One effect already of Sunday’s filing is that Purdue will not have to face the first federal trial over the opioid crisis after the judge overseeing the case removed the company as a defendant on Monday.

The trial is scheduled to start next month in Cleveland. The remaining defendants will be a group of drugmakers, distributors and a pharmacy.

Shaun Wallace, 40, who co-owns three “sober homes” in Worcester, Massachusetts, said he has been in recovery five years from an opioid addiction that started with OxyContin. He said he supports Massachusetts Attorney General Maura Healey’s decision to continue pursuing the company.

“They were pretty much giving us minor-league heroin and saying it was safe,” he said. “There should be more consequences for that family. Your average drug dealer gets in way more trouble than this family that’s just taken out a whole generation of our people.” 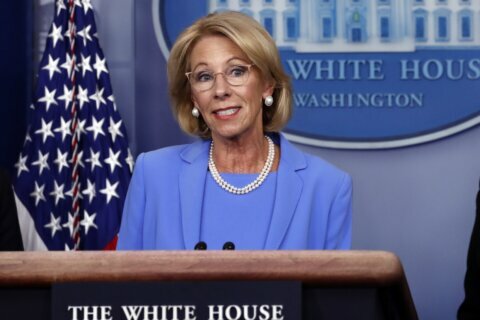