The dizzying journey for public servants with student debt

A Howard County prosecutor who has been trying to obtain public service student loan forgiveness, learned just how much work was involved when she landed in the dispute process last year. She spent eight years paying down her student loan debt in a repayment plan that wouldn't make her eligible for the program that erases the debt of people who work in the public sector.

WASHINGTON, D.C. (AP) — There are many ways public servants can stumble as they make their way along the path to student loan forgiveness but few options when mistakes are made.

One option isn’t even publicized by the Education Department. The little-known dispute process is complicated and requires dogged persistence from borrowers, but the payoff could be worth the fight. And at a time when problems in the loan forgiveness program are more apparent, having ways to resolve them has become especially relevant.

So why is it kept under wraps?

“It creates a lot of additional work,” said Colleen Campbell, director for postsecondary education at the Center for American Progress, a liberal think tank. The Education Department “has to sift through years of repayment history … the loan servicer then has work that they don’t get paid much, if at all, for.”

Tiffany Vaira, 37, learned just how much work was involved when she landed in the dispute process last year. It turned out the Maryland prosecutor had spent eight years paying down her student loan debt in a repayment plan that wouldn’t make her eligible for the program that erases the debt of people who work in the public sector. It wasn’t until she reviewed her payments that she discovered the error.

Vaira switched to an eligible plan but still wanted those eight years of earlier payments to count toward loan forgiveness. That set off a flurry of calls, rejection and endless frustration. A rep at FedLoan Servicing, the company administering the forgiveness program, encouraged Vaira to ask the Education Department to reconsider her case.

The agency agreed to a review and notified Vaira in November that it would allow payments she made from April 2009 through March 2017 to count. Yet 10 months after receiving word from the Education Department, Vaira’s case is still unresolved.

“I was really excited to get that letter because I thought this was the first time I’ve ever made legitimate progress,” Vaira said. “Since then, I’ve given them every tax return since 2009. I’ve written several letters with all of my documents that they’ve asked for, everything that they’ve wanted.”

To qualify, borrowers must make 120 on-time monthly payments for 10 years to have the remaining balance canceled. They must work for the government or certain nonprofits. They must have loans made directly by the federal government. And they must be enrolled in specific repayment plans, primarily those that cap monthly loan payments to a percentage of their income.

The rules are complex. And missteps can be devastating for people who plan their lives and careers around the promise of tax-free loan forgiveness. Enough public servants complained of receiving bad advice from loan servicers that Congress created a temporary fix last year so payments made in the wrong plan could be credited toward forgiveness.

But long before that fix took shape, the Education Department had a policy to resolve payment disputes in the forgiveness program.

Shortly after lawmakers created the forgiveness program in 2007, the department learned that federal loan servicer ACS Education Services mistakenly told people that an ineligible plan qualified for the program. The agency reached out to affected ACS customers it could identify and created a process in which anyone working toward forgiveness could dispute servicing errors.

Because of the way the forgiveness program works, it may take years before people realize they are in the wrong plan. Some become aware only after submitting a form verifying their employment, but submitting the form is not a requirement, and it didn’t exist when the program began. People can also review their qualifying payments on FedLoan’s website or a more recent portal created by the Education Department.

But many borrowers in the early days of the program trusted that if their loan servicer said they were on track for forgiveness, there was no need for further investigation.

In Vaira’s case, ACS placed her in a standard repayment plan without telling her it would affect her eligibility for the public service program. Vaira kept making payments under the impression each brought her a step closer to loan forgiveness.

When borrowers figure out that bad advice or a mistake has cost them years of payments, they can take it up with the Education Department’s ombudsman or contact FedLoan. If their plea is rejected by the department, they can appeal. Vaira did just that.

In November, the Education Department approved her request, acknowledging in a letter reviewed by The Washington Post that ACS did not properly advise Vaira.

If the department makes a judgment in a borrower’s favor — as it did with Vaira — FedLoan must then determine what the borrower’s payments should have been in the correct plan.

The Education Department said all of the steps are necessary to fairly evaluate borrowers and protect taxpayers. There is no data on how many public servants have received help through the dispute process, according to the department. The agency would not explain why it does not make people aware of the dispute policy but said borrowers are encouraged to contact their loan servicers with concerns.

“A lot of this I just fell backward into because I just kept bothering them. There’s been no road map along the way,” Vaira said. “There is very little in the way of outside guidance that’s free.”

Vaira said it took time to find the tax returns FedLoan requested, but after digging around in her attic and calling the IRS, she submitted the documents in January. Months went by without a word from the servicer. By April, Vaira began calling. A month later, she received a letter stating that only a portion of her payments would be credited. More calls. More emails. FedLoan explained it was still working on the case.

Spring turned to summer, and hope turned to despair.

In July, Vaira learned it would cost her more than $31,000 for the Education Department to restore all of her payments. Because she paid less on her loans in the wrong plan than she would have in the correct one, there was a deficit. And that deficit amounted to $31,000. She could pay the lump sum, make installments over 83 months or just accept credit for 50 payments.

At the end of the email detailing her options, the Education Department said Vaira could gain enough credits to achieve forgiveness if she applied for the temporary fix created by Congress. Another lifeline. Another round of calls.

This time, a representative at the Education Department told Vaira that as long as she remains in public service, her loan balance could be canceled in February through the temporary program.

That would mean bypassing the $31,000 tab. But it would also mean resubmitting documents she has already provided and enduring another wait in a program that has a rejection rate nearly as high as the Public Service Loan Forgiveness Program. And by February, funding for the temporary program could dry up.

“Having gone through this for the better part of a decade, I’ve gotten my hopes up before,” Vaira said. “I’m cautiously optimistic that they are taking my case seriously and will come through with the forgiveness that I have earned by working as a public servant.” 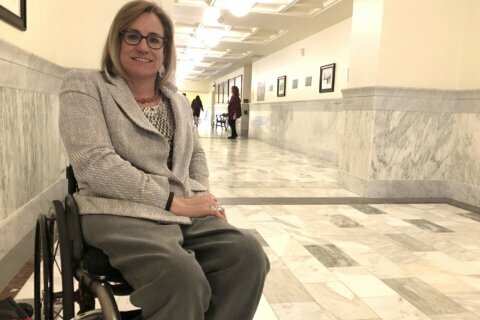 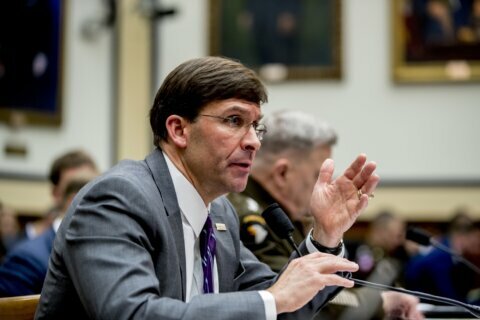