HOUSTON (AP) — Echoing one of their top Democratic presidential rivals, Joe Biden and Kamala Harris promised Friday to nominate an educator as secretary of education if either wins the nomination and defeats President Donald Trump.

“We don’t treat you with dignity,” Biden, the former vice president, told thousands of public school teachers gathered for the National Education Association convention in Texas. “If I am president, it will change on day one.”

Harris, a California senator, pledged a secretary “from public schools” and added that NEA, the nation’s largest union, “will be at the table to help me make that decision.”

Massachusetts Sen. Elizabeth Warren already had promised to nominate an educator earlier in the campaign.

The new pledges from Biden and Harris were part of a campaign forum that featured almost half the sprawling Democratic field promising sweeping changes to federal education policy, with more than a few taking aim at current Education Secretary Betsy DeVos.

Warren, herself a former public school teacher and law school professor, already had promised she’d nominate a federal education chief with classroom experience. Taking the stage after Biden on Friday, she repeated the pledge with glee.

DeVos has long been among Democrats’ favorite targets in Trump’s Cabinet. Hailing from a wealthy family of conservative activists, she has spent decades advocating for an expansion of charter schools and taxpayer-financed vouchers for private schools. She had no previous professional education experience.

Yet beyond hammering Trump and DeVos, the challenge for Democratic presidential candidates is how to stand out as they vie for support from the influential NEA and its 3 million members, a roster that makes it the nation’s largest union.

Warren and New York Bill de Blasio took aim at high stakes testing. Biden and Vermont Sen. Bernie Sanders touted their promise to triple federal funding for Title I schools, campuses that are identified as having students with economic and social challenges.

Washington Gov. Jay Inslee noted he’s won pay raises for educators in his state. Harris talked up her sweeping teacher pay raise proposal and her pledge to take executive action on gun restrictions if Congress doesn’t act in the first 100 days of a Harris administration.

Julián Castro, who served as housing secretary under President Barack Obama, noted his work expanding affordable housing, describing the approach as a key to reducing de-facto segregation in public schools.

Perhaps the most obvious deviation came on charter schools, campuses that are financed with tax dollars but typically left free from the management of traditional public school systems.

The comment drew a few boos and otherwise met with silence from an audience that had been boisterous throughout the afternoon forum.

De Blasio did not single out O’Rourke, but said “too many Democrats have been cozy with the charter schools.”

NEA President Lily Eskelsen Garcia said “there are differences” among some candidates, but added “there are no bad guys on this side,” and she hinted that relatively minor policy distinctions will not determine who eventually wins any NEA primary endorsement.

“It is important who can take on Donald Trump and win,” Garcia said, “because it is absolutely our goal to get a new president.”

Garcia opted not to question either Biden or Harris about their recent back-and-forth over busing as a way to combat racial segregation in America’s schools, and neither candidate mentioned the flap on their own.

Harris had a breakout moment in the first Democratic debates last week when she hammered Biden for his recent comments about working with segregationist senators in 1970s and for opposing federally mandated busing in local school systems.

Biden has insisted that he never opposed busing enacted by local officials — though the controversy in Washington in his early years as a Delaware senator was over the federal government’s role. And, as a young senator, Biden publicly called busing an “asinine concept.”

Harris, meanwhile, has since the debate described her current position on busing using similar reasoning to what Biden offered decades ago.

Asked in Iowa whether she would support federally mandated busing in 2019 to combat de facto segregation that remains in some U.S. school systems, Harris replied, “I think of busing as being in the toolbox of what is available and what can be used for the goal of desegregating America’s schools.”

Asked to clarify whether she supports federally mandated busing, she replied, “I believe that any tool that is in the toolbox should be considered by a school district.”

Garcia said “it’s fair to look at” candidates’ records. But, she said, “I want to hear them talk about going forward. That is where our hearts are.” 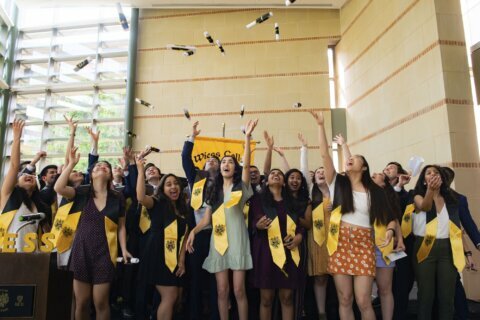 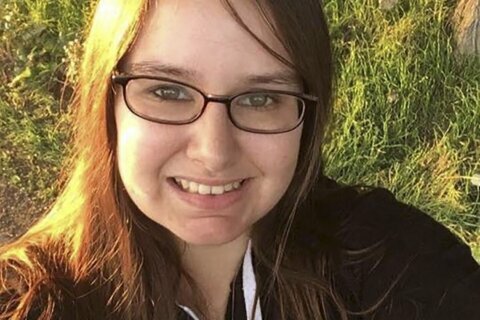 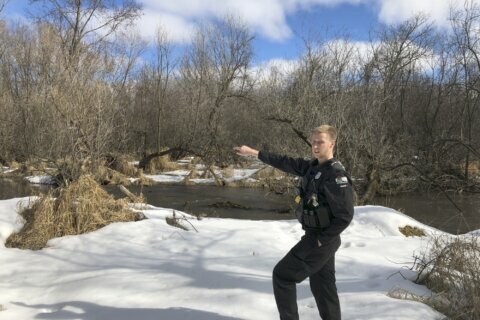 A missing boy and a freezing swamp test tracker’s instincts