FORT LAUDERDALE, Fla. (AP) — A judge ordered the suspect in last year’s Florida high school massacre to attend his pretrial hearings after his attorneys refused to let the judge question him Friday.

Circuit Judge Elizabeth Scherer ordered Nikolas Cruz remain in the courtroom for a hearing on whether prosecutors can learn which mental health doctors visit him in jail. During the hearing, attorneys Melisa McNeill and Tamara Curtis rejected her request to question him.

Cruz has signed an affidavit waiving his right to attend pretrial proceedings.

Scherer she wasn’t planning to ask Cruz, 20, any questions about the Feb. 14, 2018, attack at Marjory Stoneman Douglas High School that left 17 dead. She said she just wanted to confirm Cruz had made the decision to skip the hearings willingly and understood that by doing so he would miss legal arguments and presentations he might want to witness. His trial is tentatively scheduled for early next year.

She rejected Curtis’ argument that Cruz’s affidavit is sufficient.

His attorneys did not say why they don’t want him questioned. They say Cruz has agreed to skip the hearings because his presence draws television coverage that emotionally damages survivors and the Parkland community.

They say he would plead guilty in return for a life sentence, which would spare the community from living through a trial and allow the school to demolish the three-story building where the shooting happened. But prosecutors are seeking the death penalty and say the building needs to remain because jurors might tour it.

The judge also heard Cruz attorney Joseph Burke’s argument that the Broward County Jail log tracking Cruz’s visitors is not a public record and should be sealed from prosecutors and the public. He said that by learning which mental health experts the defense has examining Cruz, prosecutors would learn the defense’s trial strategy.

“The purpose of the Public Records Act is not to allow the public to oversee our confidential communications, our trial preparation strategy and our mental impressions. It is to allow the public to oversee the actions of government and revealing the … names of these people as recorded by the jail would do nothing to reveal the actions of government,” he said.

Prosecutor Steven Klinger and attorney Dana McElroy, who is representing The Associated Press and other media companies, argued jail logs are public records under Florida law and there is no exemption for doctor visits.

Scherer said she would rule by Monday.

Meanwhile, suspended Broward Sheriff Scott Israel filed an appeal Friday of a judge’s ruling a day earlier dismissing his lawsuit that alleges Gov. Ron DeSantis violated the Florida Constitution when he removed him in January. The constitution says a governor can suspend an elected official for several reasons, including incompetence and misfeasance.

DeSantis in his suspension letter said Israel had failed to protect Stoneman Douglas students before and during the shooting. In addition to the appellate courts, Israel can ask the state Senate to overturn the suspension but its leaders say they will not act until any court case is resolved.

Israel’s attorneys said in a statement they “will ask the appellate judges to constrain the Governor’s suspension and removal power, restricting it to what has historically been allowed for clear violations of constitutional and statutory duties.”

DeSantis replaced Israel with Gregory Tony. Israel has said he intends to run in next year’s election regardless of whether his efforts at an earlier reinstatement succeed.

“Scott Israel continues to live in denial,” DeSantis said in a statement. “The court has recognized my authority as governor to suspend him for neglect of duty and incompetence and this appeal is just his latest delay tactic.”

He said he has asked the appellate court to send the case to the Florida Supreme Court so a final ruling can be made quickly. 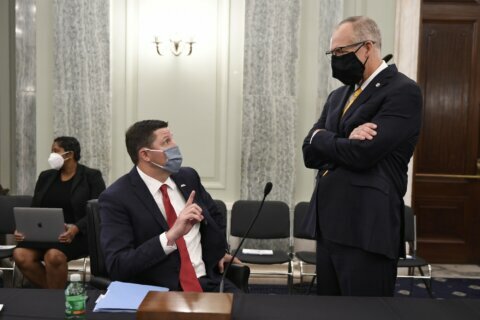