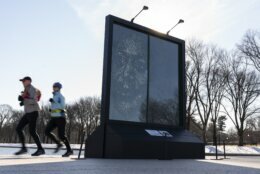 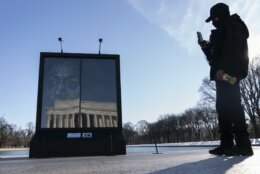 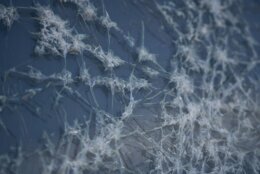 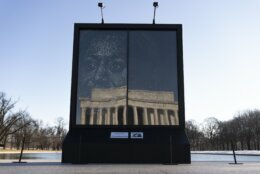 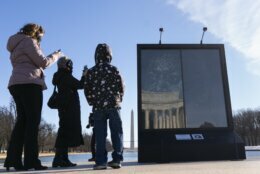 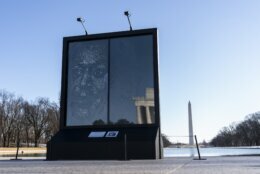 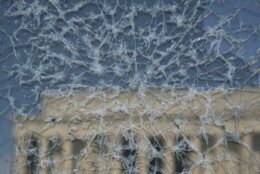 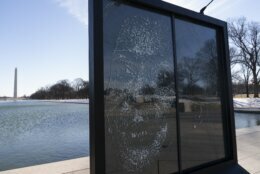 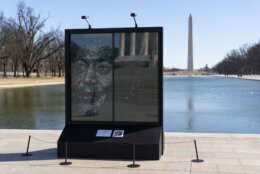 WASHINGTON (AP) — Two weeks after Kamala Harris was sworn in as the first woman to be vice president , her barrier-breaking career has been memorialized in a portrait that depicts her face emerging from the cracks in a massive sheet of glass.

The 6-by-6 foot (1.8 meter), 350-pound (159 kilogram) portrait, meant to symbolize Harris breaking through a glass ceiling, was unveiled Thursday at the Lincoln Memorial by groups excited by Harris’ historic election as the first woman and person of color to the nation’s second-highest office.

“This will just be a wonderful visual emblem of this moment in time and hopefully people will reflect a little bit on all the barriers that have been broken by her election,” said Holly Hotchner, president and CEO of the National Women’s History Museum, a co-sponsor of the project.

Harris has notched a series of firsts during a legal and political career that has taken her from California to the office of vice president in Washington.

She is also the first vice president with a historically Black college, Howard University, for an alma mater.

“I think what makes it so moving to me is to see the tiny cracks, to see those fissures and everything they represent,” said Lindsay Kaplan, a co-founder of Chief, a networking organization for female executives and portrait co-sponsor.

The idea to commission a portrait to commemorate Harris’ election originated at the creative agency BBH New York. The creative team then launched a search for an artist and found Simon Berger, who lives in Switzerland and specializes in glass artistry.

Using a photo of Harris that was taken by New York photographer Celeste Sloman as a guide, Berger lightly hammered on the slab of laminated glass to create the tiny cracks and fissures that together formed Harris’ one-of-a-kind likeness.

Berger said he created his first glass portrait in 2016 while experimenting.

“I hit the glass directly with the hammer, so that cracks and impacts occur,” he said in an email. “Hard hits create abstraction and I ‘paint’ with targeted fine hits.”

Harris is aware of the project, but it was unclear whether she would go see it.

The project came together quickly after the November election. Working from his studio in Niederönz, Berger took about a day to hammer out the portrait. It was then shipped “very, very carefully” from Switzerland, said Jackie Anzaldi, a creative director at BBH New York.

“We wanted it to really be like a show-stopping piece that people are going to see and interact with and really celebrate her in the way that she should be,” said Liz Loudy, another BBH New York creative director who worked on the project.

The portrait will be on public display at the Lincoln Memorial through Saturday night. It will then go to the Chief flagship office in New York, with future plans for public viewing to be determined.

275 charged so far: What we know about the Capitol riot arrests 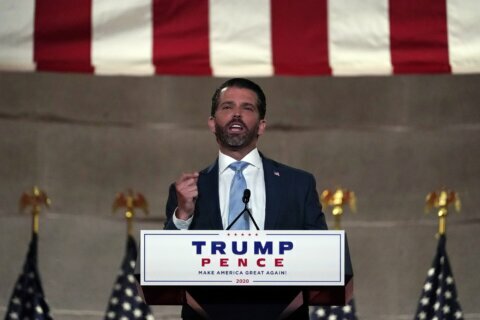