Ivanka Trump was deposed on Tuesday as a part of an ongoing lawsuit from the District of Columbia attorney general's office alleging the misuse of inauguration-related funds.
Listen now to WTOP News WTOP.com | Alexa | Google Home | WTOP App | 103.5 FM

Ivanka Trump was deposed on Tuesday as a part of an ongoing lawsuit from the Washington, D.C., attorney general, which alleges the misuse of funds from President Donald Trump’s inauguration in 2017, new court documents show.

Racine claims the inaugural committee knew it was paying above-market prices and failed to consider cheaper alternatives. The lawsuit, filed in D.C. Superior Court, alleges more than $1 million was wasted on improper payments to the Trump Hotel for event space during the 2017 inauguration.

The elder Trump daughter, as a senior adviser to the president, has been intimately involved in the inner-workings of the White House and assisted her father with the 2016 and 2020 presidential campaigns.

Ivanka Trump confirmed the deposition in a tweet Thursday morning, saying she spoke with officials for more than five hours. 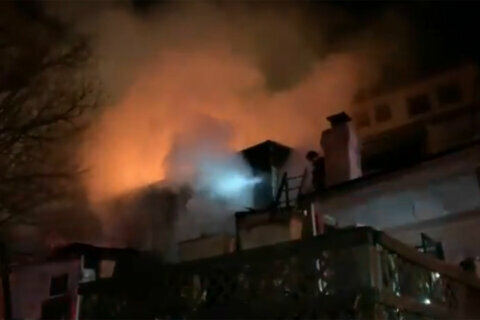