The family is pushing a bill that would address procedures for reporting sexual harassment and assault in the military, according to the family's lawyer.
Listen now to WTOP News WTOP.com | Alexa | Google Home | WTOP App | 103.5 FM
(1/15) 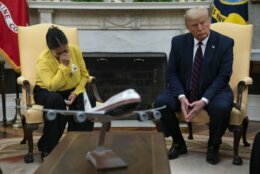 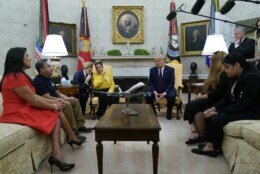 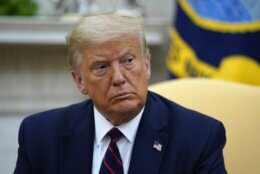 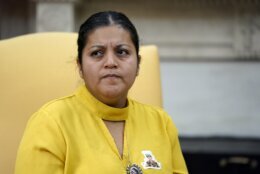 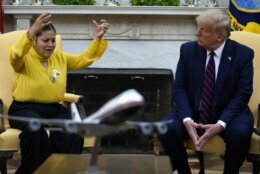 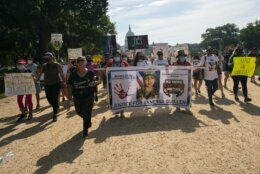 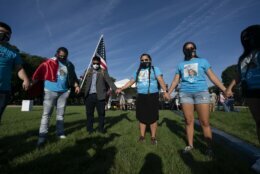 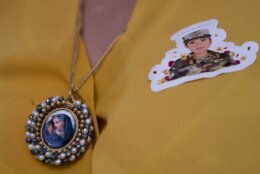 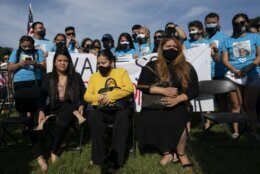 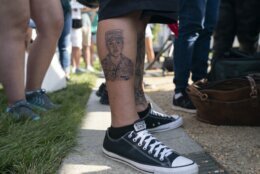 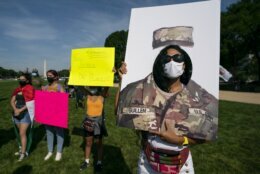 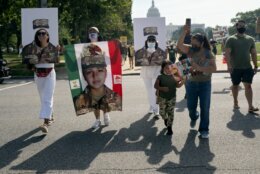 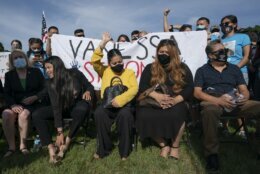 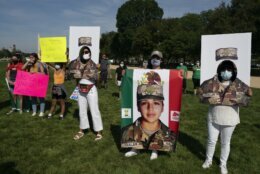 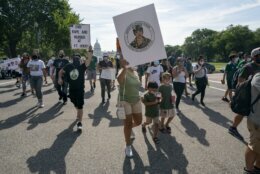 WASHINGTON (AP) — President Donald Trump met Thursday with the family of a soldier who investigators say was slain on the Texas Army base where she was stationed, saying it is a “terrible story” and that he would help with funeral expenses.

The family of Spc. Vanessa Guillen, whose remains were found July 2 following her disappearance in April from Fort Hood, rallied with several dozen supporters before the meeting with Trump, calling for justice in the case and for changes in the way the military handles sexual abuse and harassment.

“It’s an incredible story. It’s a terrible story,” Trump said to the family in the Oval Office. “So we’re going to look into it very powerfully. We already have started, as you know, and we’ll get to the bottom of it. Maybe things can come out that will help other people in a situation like Vanessa. We’ll be in touch with you constantly.”

Guillen’s family has said she was sexually harassed by the fellow solider suspected of killing her, but the Army has said there is no evidence supporting the claim. The Army has said she may have experienced harassment by others at the base that was not sexual in nature. Secretary of the Army Ryan D. McCarthy on July 10 ordered a review of the command climate at Fort Hood.

“The truth will come out whether they like it or not,” said Lupe Guillen, the younger sister of Vanessa Guillen, said ahead of the meeting with the president.

She said relatives were disappointed to not have heard from Texas Gov. Greg Abbott regarding her sister’s case and were ready to take their story straight to the White House.

John Wittman, a spokesperson for Abbott, said the governor’s office has not heard from the Guillen family but is prepared to help. He said the governor’s office was looking into whether Texas has any authority over a U.S. military death. He also said the Texas attorney general’s office was looking into whether the family may be eligible for assistance from the crime victim’s compensation fund.

“Governor Abbott’s heart aches for the Guillen family and he and the First Lady keep them in their prayers,” Wittman said in a text message.

Investigators have not revealed a motive for Guillen’s death. They said in a complaint that she was bludgeoned to death in the armory room of the Army base near Killeen. Fellow Fort Hood soldier Spc. Aaron Robinson, 20, is suspected to have killed and dismembered Guillen. Robinson killed himself after being confronted by police on July 1. A civilian suspect, 22-year-old Cecily Aguilar, is in custody on three counts of conspiracy to destroy evidence for helping Robinson hide Guillen’s remains and attempting to flee.

The family is pushing a bill that would address procedures for reporting sexual harassment and assault in the military, according to the family’s lawyer, Natalie Khawam, who helped write it. U.S. Reps. Markwayne Mullin, R-Okla., and Tulsi Gabbard, D-Hawaii, are sponsoring the bill, which is named #IAmVanessaGuillen after a social media movement on harassment in the military.

A funeral has not been held for Guillen because relatives are still waiting for her remains, Khawam told Trump. They hope to have a service soon in Houston.

Acacia Coronado reported from Austin, Texas. She is a corps member for the Associated Press/Report for America Statehouse News Initiative. Report for America is a nonprofit national service program that places journalists in local newsrooms to report on undercovered issues.