Video of the May 27 shooting shows two people getting out of a car on Q Street Northwest, walking across the street and firing several shots. The flashes of gunfire are visible.
Listen now to WTOP News WTOP.com | Alexa | Google Home | WTOP App | 103.5 FM

WASHINGTON — D.C. police are looking for two men who they say fired into a group of people in Northwest, killing one man.

Video of the May 27 shooting shows two people getting out of a car on Q Street Northwest, walking across the street and firing several shots. The flashes of gunfire are visible.

Immediately, a small crowd standing near an apartment entrance scatters across the parking lot, ducking behind parked cars, but one man did not get away.

Algernon Jones, 32, of Southeast was killed, according to D.C. police. Seven others were injured: six men and a woman. Some of the victims took themselves to the hospital and others were transported after officers responded, Officer Sean Hickman confirmed.

Investigators are now looking for two men riding in the black vehicle with tinted windows at the time and offering a $25,000 award for a tip that leads to their conviction.

Anyone with information about this case is asked to call the police at 202-727-9099. Anonymous information may be submitted to the department’s text tip line by sending a text message to 50411. 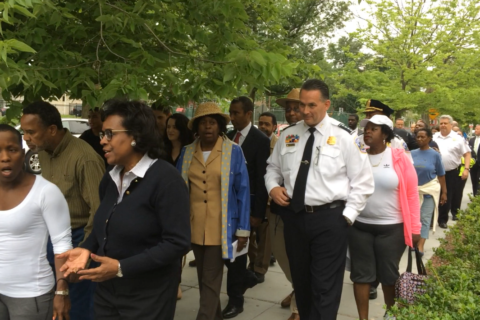 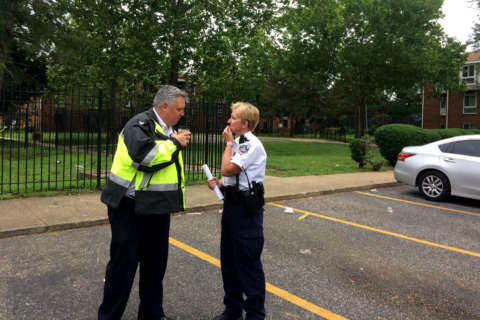