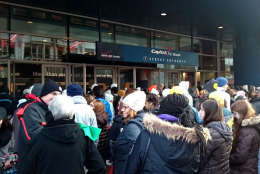 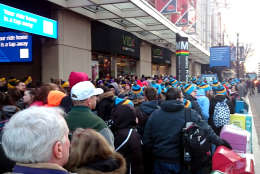 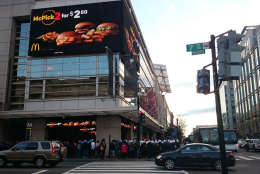 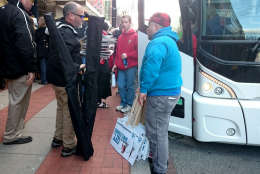 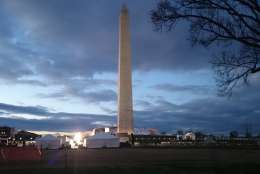 WASHINGTON — Thousands of people gathered along the National Mall for the annual March for Life and to hear Vice President Mike Pence speak on Friday.

Those who attended the rally at the Washington Monument encountered tighter security compared to past years because of the high-profile attendee. Metal barriers and security screening tents were set up and throngs of people waited to pass through.

President Donald Trump was expected to call in to address the crowd, but those plans were scrapped at the last minute. Former Presidents Ronald Reagan and George W. Bush each addressed past rallies by phone.

As many as 50,000 people were expected to attend the event, according to a permit application filed with the National Park Service.

Most streets have reopened in the area of the U.S. Capitol and U.S. Supreme Court. Drivers should watch for heavier than normal pedestrian traffic around the mall and nearby Metro stops.

Participants came from across the country to protest the landmark 1973 Supreme Court decision legalizing abortion.

Matt Lukolich, of Pittsburgh, hopes this year is one of the last marches needed.

“We have to come as a group like this every year until abortion finally comes into an end,” Lukolich said.

Mary Evans has attended the March before but she has a new perspective as an expecting mother.

“It’s been a good reflection … maybe how people can still be scared. But it’s still life and life deserves to be defended.”

Katy Carter traveled to the nation’s capital from Wisconsin to attend her first March for Life.

“Until we change that law or reverse that Roe v. Wade case, I’ll be coming back every year,” Johnson said.

“There’s not one single type of person that’s here,” she said. “It’s everyone, it’s everything and everything in between … to make a difference for this cause.”

“I just want everyone to be able to have their own chance at life,” he said.

Before the rally, many attended events elsewhere in D.C., including events put on by the Catholic Archdiocese of Washington at the Verizon Center and D.C. Armory.

The march began about 1 p. m.  Participants proceeded along Constitution Avenue toward the U.S. Capitol and First Street.

The march was be followed by “Silent No More” testimonies outside the U.S. Supreme Court.

WTOP’s Amanda Iacone and Tiffany Arnold contributed to this report. 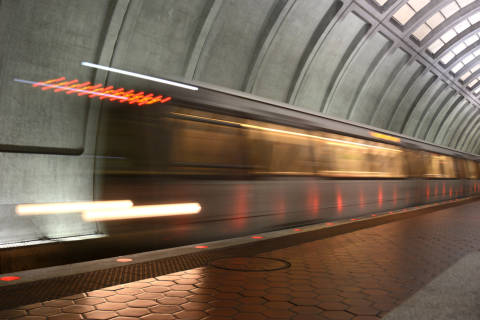