COLUMBUS, Ohio (AP) — Lucas Zelarayan scored in the 55th minute and pushed the Columbus Crew into first place atop the Eastern Conference with a 1-0 victory over the Philadelphia Union on Wednesday night.

It was the first win in three matches for the Crew (6-1-2), who have a two-point lead over Toronto FC (5-1-3). Columbus rebounded from a 1-0 loss to New York City FC and a scoreless draw against FC Cincinnati — both on the road.

The Union (4-2-3) lost for the first time in four matches, including consecutive home wins over the New York Red Bulls and D.C. United.

Zelarayan drilled his fourth goal of the season from the top of the 18-yard box that deflected off a defender just under the crossbar and froze goalie Andre Blake. 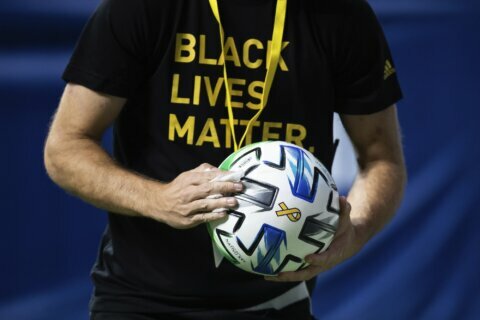