Public meetings are scheduled around Virginia this week to discuss the various plans aimed to tackle I-95 traffic.

Virginia could add “red X” reversible rush-hour lanes to effectively widen almost all of Interstate 95 in the Northern Virginia and Fredericksburg areas, extend toll lanes around the remainder of the Capital Beltway in the state over the Woodrow Wilson Bridge, and have the 95 Express Lanes run both ways under plans approved this month by the Commonwealth Transportation Board.

Those three areas were each identified as recommendations or important topics for more detailed study in the I-95 Interim Corridor Improvement Plan sent to the Virginia General Assembly.

Longer-term studies would examine extending the Beltway toll lanes, the opportunity to change the 95 Express Lanes from reversible to bidirectional, and potential additional interchange and park-and-ride upgrades.

The approved plans also call for a number of shorter road widenings, with extended on-ramps and off-ramps, and a few new interchanges, including at the Fairfax County Parkway and at Exit 126.

In all, the construction would cost between $1.1 billion and $1.7 billion statewide, with more than half to spend in the Fredericksburg and Northern Virginia areas where I-95 traffic is worst.

However, the state does not expect to move forward with most of these projects until a separate study of Interstate 64 is completed later this year, which will help the state prioritize funding among interstate projects.

In the meantime, the I-95 plan identifies about $65 million in targeted operational upgrades that will be done in the nearer term, such as 89 more traffic cameras, five more changeable message signs to warn of crashes, increased towing and safety service patrols, improved 911 call center coordination and communications upgrades, traffic lights at 14 key on-ramps to allow one or two cars at a time, variable speed limit signs over the road, automated emergency alerts to cellphones and additional high-tech upgrades.

Those efforts focus on I-95, U.S. 1 and U.S. 301 in areas where crashes or other incidents cause the most delays.

Variable speed limit signs, which had mixed success on I-66, would be implemented for 62 miles from Exit 67 south of Richmond to Exit 130 in the Fredericksburg area.

With the transit, carpooling and slugging improvements, the state projects 7,700 more people could cross the Occoquan River alone in the morning rush.

New commuter bus routes would include Lake Ridge to Alexandria; Aquia Harbor, Stafford and Fredericksburg to the Pentagon and D.C.; and Massaponax to the Pentagon, D.C., Rosslyn and Ballston.

The Virginia Department of Transportation also plans to improve coordination with Fort Belvoir on potential shuttles or bus routes, since a large proportion of the traffic over the Occoquan each rush hour is going to or from the base.

“While robust and overwhelmingly successful, the existing multimodal system needs improvement to address passenger travel demand along the I-95 corridor,” the study said.

The rail improvements, such as longer trains for Virginia Railway Express and expanded parking lots, are in addition to the recently announced plans to dramatically improve VRE and Amtrak service over the next decade.

On detour routes such as Route 1 and Route 301, the study identifies about $15 million in small-scale near-term upgrades, such as improved signage and lane markings, additional turn lanes and better traffic signal timing.

The study assumed projects already underway, such as an additional lane just south of the Occoquan River, the extension of the 95 Express Lanes to near Fredericksburg and related bridge construction over the Rappahannock River, will be completed without additional support.

VDOT is holding public meetings on the plans this week; each meeting is from 6 p.m. to 8 p.m.

Where I-95 traffic is the absolute worst 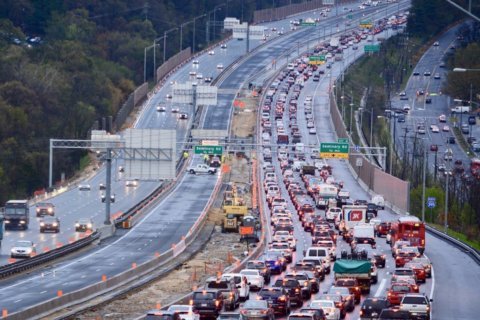 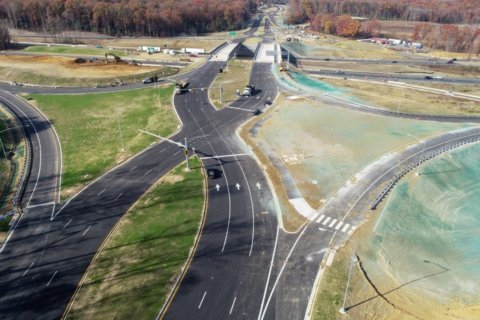