Shanghai to start easing lockdown after another mass testing

BEIJING (AP) — China’s largest city of Shanghai will soon begin lifting lockdown in communities that report no positive cases within 14 days after another round of COVID-19 testing, authorities said Saturday.

The fresh round of testing comes as the city reported about 23,000 cases on Saturday, most of them asymptomatic. Large swathes of Shanghai, with a population of 26 million, have been under lockdown since March 28, leading to complaints from residents about shortages of food and basic necessities.

Separately, Guangzhou authorities announced that the city northwest of Hong Kong would also begin mass testing its 18 million residents, according to central broadcaster CCTV. The city reported only two confirmed infections on Friday.

Under the new measures, areas in Shanghai will be classified as “precautionary,” “controlled” on “locked down,” depending on the results of the latest round of testing, Shanghai Vice Mayor Zong Ming told a news conference.

Residents in areas deemed to be “precautionary” with no infections within the last two weeks will be able to move around their district, although gatherings will still be restricted. Meanwhile, in “controlled” areas, residents can move around in their neighborhoods, which are smaller than districts, while “locked down” areas will require everyone to stay at home.

During the news conference, Zong choked up with emotion, saying that she was moved by the efforts of residents and front-line workers. “There is still a big gap from everyone’s expectations. We will do our best to improve it,” she said.

The city has built over 100 makeshift hospitals to treat COVID-19 patients with over 160,000 beds.

But the harsh restrictions on movement have also tested residents’ patience. Some have received government food packages containing meat and vegetables. Many, however, are struggling to obtain rice and other basics, with online vendors sold out and delivery services unable to keep up with demand.

China is facing one of its worst local outbreaks since the pandemic began.

It is one of the only countries sticking to a “zero COVID” policy, taking drastic measures such as lockdowns and mass testing to identify and isolate every single case. China is still closed to international travel, even as most of the world has sought ways to live with the virus. 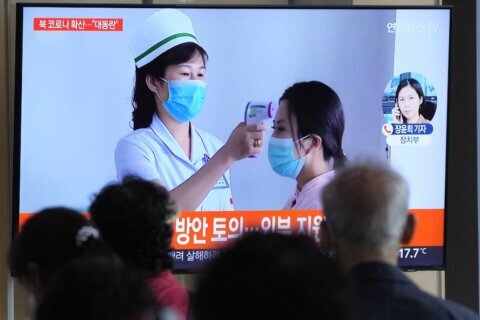 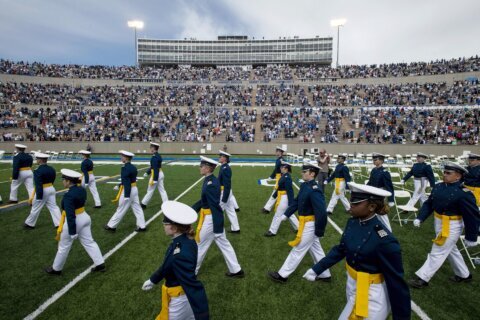 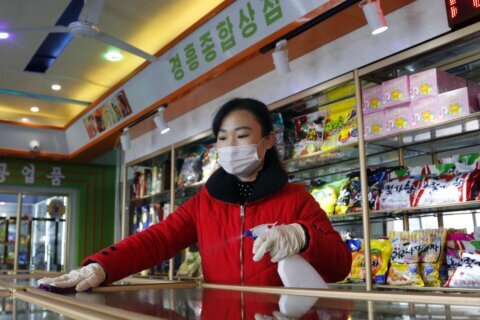